The Italian Tourism Department has decided to dedicate 2017 to the promotion of Italian Villages and Borghi: I’m going to actively contribute by sharing info about what I know best, the Prealpine Contradas, small rural villages at the foothills of the Small Dolomites in Veneto and Trentino. 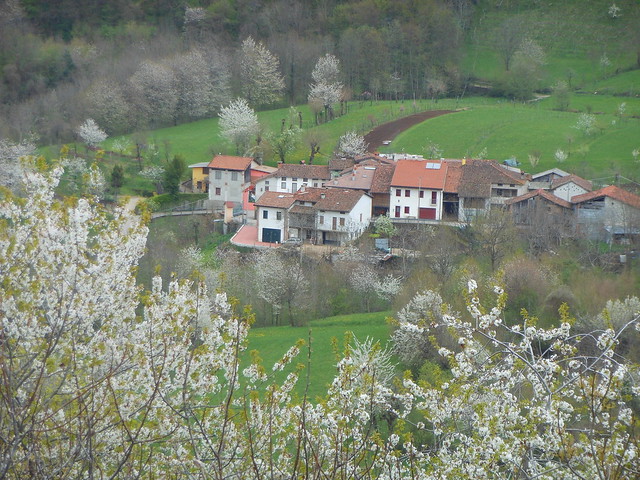 END_OF_DOCUMENT_TOKEN_TO_BE_REPLACED

my challenge about the #100ItalyFacts was completed almost one month ago and after that, I worked on making a collection of said “facts” that I linked here. The lovely Manja kindly reminded me that I shared it on social media, but I didn’t write a blog post about it, so here you are the announcement.

In the meantime I have also completed another “Instagram campaign”: “Prealpine  Contradas“. As I mentioned to the people who follow me there, the contradas at the foothills of the Venetian Prealps are small rural villages surrounded by woods and where people entertain a slow-paced kind of existence. I guess you can say it’s a good example of the typical Italian way of living 😉 I plan on writing about these fascinating realities also in here, keep following the blog if you’re interested.

As for now, here you are the last ten days of the #100ItalyFacts. Enjoy!

END_OF_DOCUMENT_TOKEN_TO_BE_REPLACED

here you are the usual review. This week I have decided to share some info about Turin, the official first capital city of Italy.

The next review won’t be published next Sunday, but on Feb.8th, when the challenge will be officially over 🙂 Almost finished 💪

END_OF_DOCUMENT_TOKEN_TO_BE_REPLACED

During this last week I have decided to publish a poll on twitter about Venice.

Browsing the Internet, I have noticed how many tourists were kind of disappointed in The Serenissima: many claimed that it’s too expensive, others said it’s way too surreal and it doesn’t allow you to experience “the Italian way of life”.

So when I looked at the results and the comments, it didn’t surprise me the fact that the majority of people said it’s a tourist trap.

Sensing the general impression, some time ago I published the first post of (I hope) a prolific series about Venice and how to look at it with different eyes. My desire is to encourage people to see the true experience behind the polished facade of Saint Mark’s square and the Rialto Bridge. This is also why this week I published two posts about Venice for the #100ItalyFacts challenge 😉

If you want, let’s discuss in the comments about your experience in Venice and your general impression about it. Let me also know if you are interested in reading the series I was mentioning before or if you are truly done with this city XD

Enjoy the usual review, have a nice week!

END_OF_DOCUMENT_TOKEN_TO_BE_REPLACED

Still editing the post about Vicenza, my city; for now here you are the usual Instagram review. Have a nice Sunday!

END_OF_DOCUMENT_TOKEN_TO_BE_REPLACED

I hope you enjoyed these last festivities! I surely did with tons of food and with the company of friends and family 😉 I even visited my friends in South Tyrol and we played the tourists for few days, so it was all really great!

During these last days, I have written about Epiphany, the last festive day of the “Christmas period”, and about Carnival, the period of the year in which all the social rules are supposed to be reversed!

I hope you enjoy, see you this week with the first entry about Vicenza 😘

END_OF_DOCUMENT_TOKEN_TO_BE_REPLACED

I wish you all a fantastic new year! At the moment I am visiting South Tyrol and Tyrol, Austria, so the series of posts about Vicenza will have to wait a little bit.

END_OF_DOCUMENT_TOKEN_TO_BE_REPLACED

The usual Sunday review was postponed on Monday, as yesterday was Christmas and it can be a very demanding day for Italians 😂 I’m still trying to digest all the food I ate, it might take a bit to fully recover 😂😂

I hope you had a nice and relaxing Christmas day and I wish you all HAPPY HOLIDAYS!❤

END_OF_DOCUMENT_TOKEN_TO_BE_REPLACED

First of all, thank you guys for the amount of love I have been receiving for this series ❤ Even Italians have appreciated it, telling me it’s insightful and on point, and so I’m obviously relieved and happy as native people can be the harshest critics! Thank God, I have yet to enrage my compatriots 😂

On Tuesday I decided to write a bit about Italian cafès and their various “rules”. I have been reading around blogs some “rules”, which are not completely right and so I figured the pov of a native would have been useful.I completely get where they come from, but some clarifications needed to be done. Enjoy!

END_OF_DOCUMENT_TOKEN_TO_BE_REPLACED

On Monday I wanted to focus my attention on the infamous Constitutional Referendum we had to vote for on Dec.4th and now I want to specify some things in here as well. I decided to dedicate an instagram post to it, mainly because of the things I was reading in foreign newspapers in the immediate aftermath. Let me make things clear: “No” was NOT a vote for the so-called “Italexit”. This Referendum had nothing to do with the EU. Sadly, some countries that are dealing with EU secessionist movements decided to write in their newspapers that this Italian “NO” was cumulative evidence of the fact that EU is failing and that people want to leave. Well, no. We surely have a few political parties that are proactively against the Union, but THIS  referendum was entirely an INTERNAL matter. People who voted “no” did that for mainly two reasons:

I won’t comment on voters and the final result, I just wanted to point out that there are false news that are spreading around.

I think that what happened is a valid and useful lesson for the future, though: don’t trust everything people say, let’s check multiple sources of information and develop a critic opinion before judging. This is valid for every aspect of our lives.

Thanks for the attention. Enjoy the review 🙂