It’s February, the month of love, and Kristie, Kelly and Jasmine encouraged us to write about “Romance in Italy”. I will join the Dolcevitabloggers Linkup by sharing a legend born in my territory that involves two star-crossed lovers and a mountain literally cut in half. Welcome to the realm of the Montagna Spaccata. 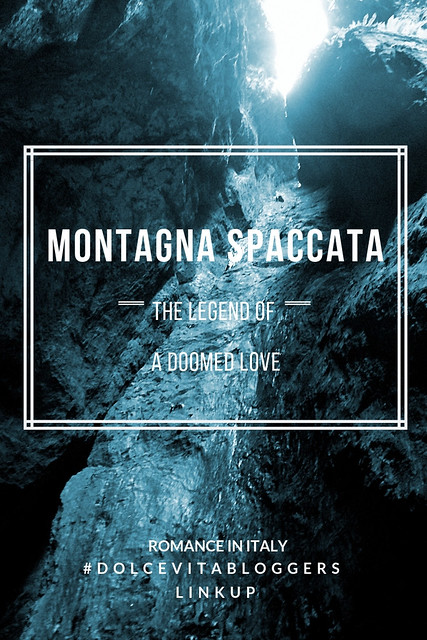 The territory of Vicenza has a long tradition of fictional and real troubled love stories, which were often the inspiration of famous literary works: from Renzo e Lucia of The Betrothed (the author A. Manzoni was inspired by a real story that took place in Orgiano, in the province of Vicenza) to even Romeo and Juliet, whose tale was first written by an Italian author allegedly inspired by two castles perched on the hills of Montecchio Maggiore.

So it comes with no surprise that more stories like this exist within the territory, and today I’m going to talk you about the one involving Etele and Giordano, which takes place in the neighbourhood of Recoaro Terme.

The Northern part of Italy, other than having Latin influences, was populated by different Germanic people and – it has been recently discovered – even by the Celts. As a consequence, for centuries people believed that our woods were populated by creatures of the forest typical of the Northern literature. In the area of Vicenza there’s an oral tradition that recounts of ogres, salbanelli – short mischievous men that remind the leprechauns – and the most popular and feared ones, the anguane.

The anguane were females, usually depicted with long hair and mellow voices, that used to inhabit locations connected with the water: rivers, streams, fountains. They were rather mysterious creatures and men were advised to avoid passing by waterways at night: it was believed that anguane went out to do their laundry and could lure men to them with evil intentions. Given their deceptive nature, there are local tales of every genre regarding them: some telling anguane were evil, some asserting they were good and other recounting of doomed marriages between anguane and normal men.

One of these tales takes place at the Montagna Spaccata and is about the love story between the beautiful anguana Etele, daughter of the Queen of the Woods, and the young Giordano.

According to the legend, the two married even though they were “natural enemies” and aware of the fact that there was a curse looming over her. Her life was bound to her mother’s: the moment the latter died, Etele would suddenly disappear.

This was exactly what happened: Etele’s mother died one night and the daughter woke up and run toward her destiny. Giordano, woken from his slumber by his wife’s hair brushing over his face, suddenly realized what was happening and run after Etele. The beautiful anguana stopped in front of the “mountain” that, suddenly, cracked in two. She was dragged inside the crevice and disappeared. This is how the Montagna Spaccata (literally “broken mountain”) was born. Giordano, in a last attempt to reach her wife, tried to enter the crevice, but was stopped by the sudden appearance of a waterfall that blocked the passage. It is said to be the spirit of Etele watching over the mountain.

Nowadays people can still see the “mountain cut in half” and the small waterfall and remember the sad story of these two legendary lovers.

In between the towns of Valdagno and Recoaro Terme there’s a road on the left, leading toward the location of Recoaro Mille. Just few kms and you find the Bar Restaurant Montagna Spaccata, where you can buy the ticket to explore the area connected with the myth (30 min-long walk). 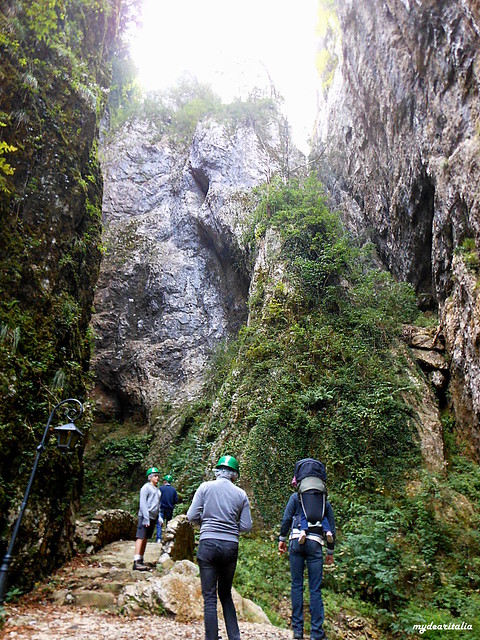 The path is characterized by newly restored bridges and boardwalks  and allow you to enter the 92-meter-deep crevice where the water runs freely and to appreciate the surrounding nature. 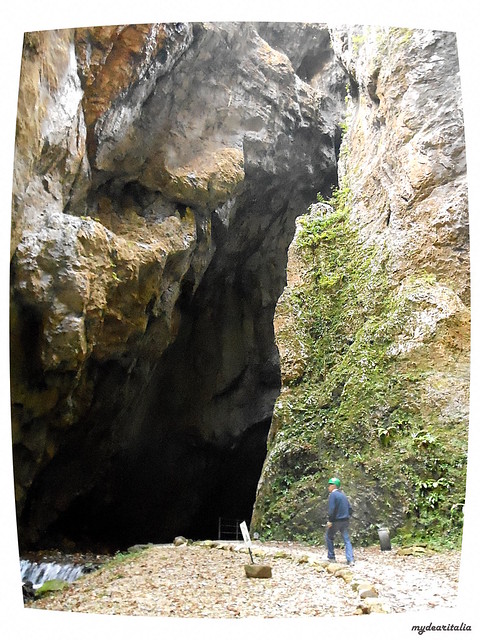 The crevice of Montagna Spaccata 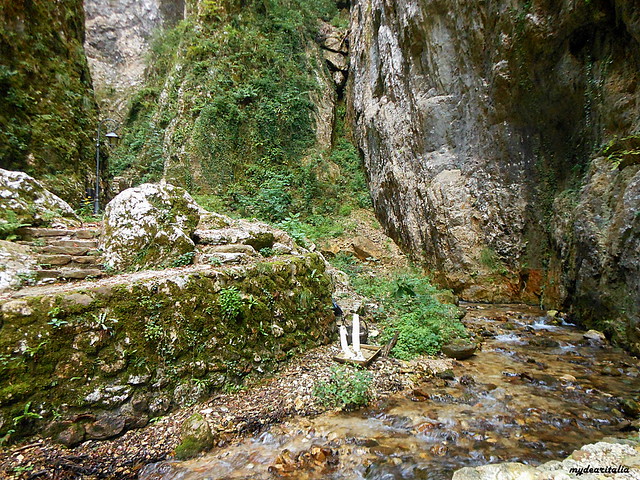 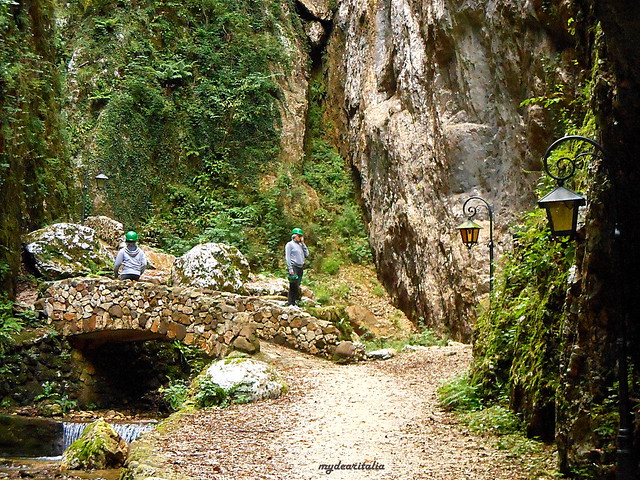 Level of difficult of the trekking: very easy, 30 mins-long walk. People with mobility impairments will not be able to access the area due to the presence of stairs.

How to reach the location: Autostrada A4 Milano-Venezia, Exit: Montecchio. Follow SP 246 until you pass the town of Valdagno. In between it and Recoaro Terme there’s a road on the left that lead you to Recoaro Mille. Follow the signage.

What to see nearby: Recoaro Terme, Valli del Pasubio, Contrada Bariola and its Christmas Presepe, Pasubio Moutain and the Strada delle 52 Gallerie.

Want to experience some romance in Italy with a touch of legend and magic? Visit Montagna Spaccata!

19 thoughts on “Romance in Italy: Montagna Spaccata and the Legend of a Doomed Love”