I don’t know if this is common and if you had the chance to experience something like it as well, but, as far as I’m concerned, certain places have a transformative power over me. With time and experience I’ve learned to tell from the very first moment I set foot into said spots if that is something which is going to happen, and this is something that indeed happened to me this summer when I arrived in South Tyrol and specifically in the Ulten Valley.

Of course preferences are extremely subjective and not everyone is supposed to stay in a place for the sufficient time to be “changed” or shaped by it, but I feel like South Tyrol is that kind of place it should be chosen even for a short period of time. It’s actually a great destination for one’s holidays and these are the reasons why:

South Tyrol is a Natural Wonder

What I consider South Tyrol’s main attraction and strength is, without a doubt, its fantastic natural environment. You won’t need instagram filters nor photoshop: vivid skies, pristine waters and luscious forests will provide your eyes with all the delight you need without having to alter levels of saturation and contrast. 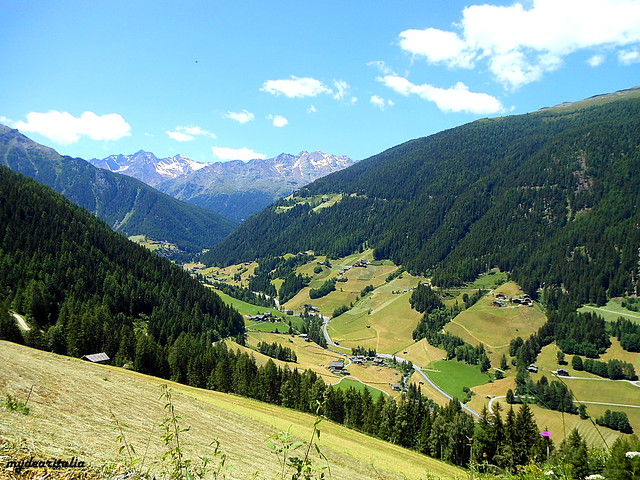 This past summer I overheard people say: “This sky is so blue it seems fake”

Along with Trentino, Veneto and Friuli Venezia Giulia, South Tyrol hosts the Dolomites – UNESCO heritage and said to be the most beautiful mountains in the world – that serve as a backdrop to villages that seem to come out of a storybook; they even give birth to glacial lakes which colours remind those of the Caribbean sea. 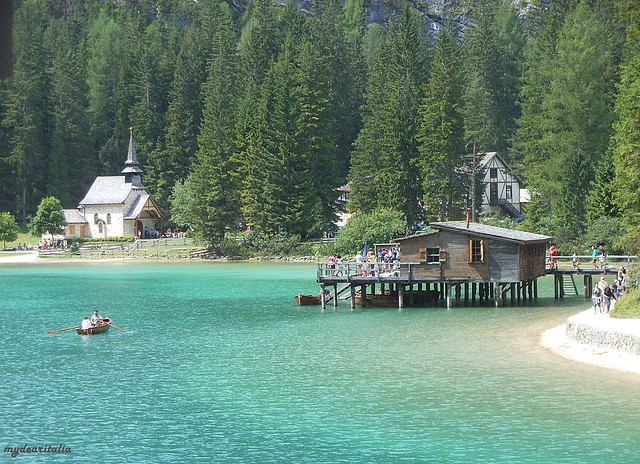 This fantastic natural environment – along with a medium of 300 days of sunshine a year – allow sport enthusiasts to cycle, trek and ride. There’s also the winter offer with ski resorts among the best in the whole country.

Back to the Roots

In an era in which technology has taken the upper hand and the connection “face to face” is progressively disappearing, it’s only normal to feel the need to slow down a bit.

We might say we’re projected toward the future and that we’re looking forward what’s next, but we are aware that a system based on a endless growth is unsustainable. For the environment, for our cities and even for ourselves.

If you’re one of those who feels the call for a simpler life, wants to enjoy authentic customs and traditions and witness to a still living sense of community, mountain villages in South Tyrol are definitely the right place. 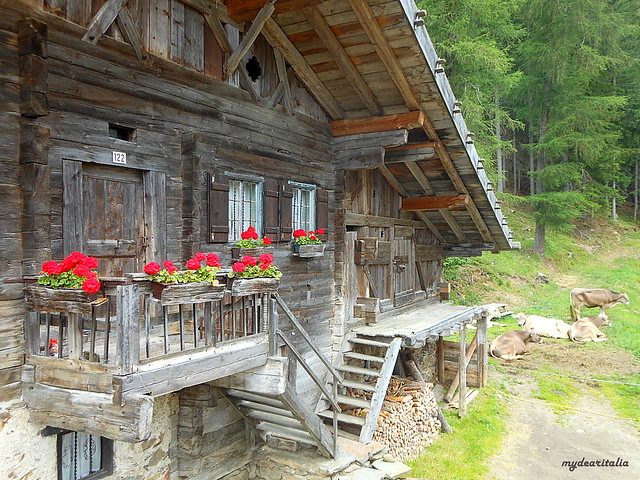 I’m quite convinced in the future there will be an increasing demand for “slow tourism” and remote locations where to take a break from the grip of modern life, so I do see a higher flux of tourists in this corner of the world. Let’s just hope, once in said places, they won’t complain when they won’t find shopping malls, home delivery services or all that kind of comforts we are used to. Because yes, we can be that incoherent: claiming we want to detox, yet unable to renounce to luxuries.

The great thing about South Tyrol is that the majority of customs and traditions is not specifically revisited to attract tourists, it’s something that naturally continues to exist.

Locals from South Tyrol are often depicted as quite insular and there might be some truth in such statement; the positive side of this mindset, though, is that one becomes protective and preserves the territory and the customs, which, as a consequence, are authentic and incorporated within the life of the community. Tourists are going to experience something real. 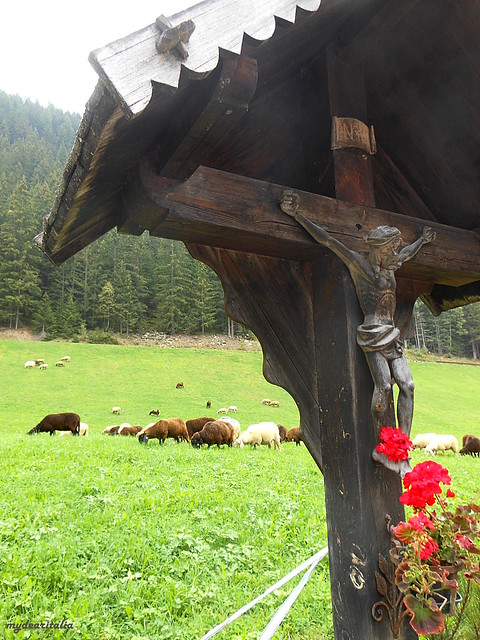 Transhumance and Roadside shrines. Two local customs in one picture.

The Cultural Aspect Will Be a Pleasant Surprise

Despite the common image of Italians, kind of standardized, modern Italy is the result of a melting-pot. And in South Tyrol this is pretty evident.

Formerly part of the Reign of Bavaria and Italian just from the end of WWI, South Tyrol is a land where three official linguistic groups coexist: the German (which represents the large majority), the Italian (mainly settled in the cities) and the Ladin one (a minority speaking a Raetho-Romance language and settled mainly in the Gardena and Badia Valleys).

Thanks to its administrative and a large legislative autonomy, South Tyrol is very much concerned about protecting the language diversity and even actively promoting bilingualism (with mixed results, but they are still working on it). Obviously the coexistence of the main linguistic groups (the German and the Italian one) isn’t always easy given the rivalry between the two and the troubled history of the annexation.

The positive side deriving from this “independence” is that local customs and traditions are protected and the negative effects of the globalization are less likely to affect this region.

In terms of cultural heritage, tourists will also have the opportunity to enjoy marvellous castles and fortresses, perked on top of luscious hills. There are at least 800 castles/fortresses in the whole region. 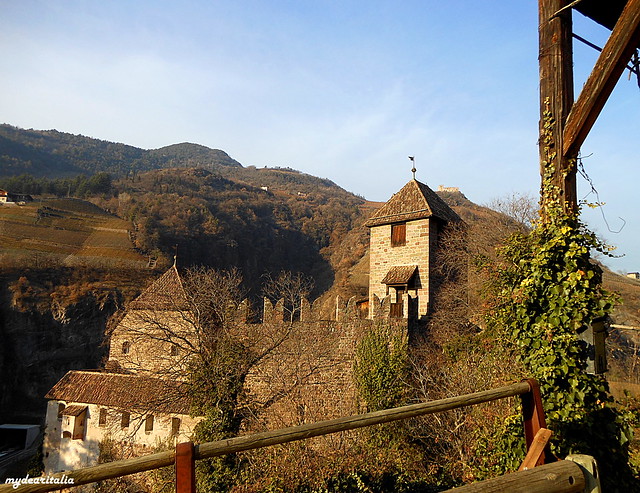 Many articles like to point out that the local cuisine is to be tried, because restaurants in South Tyrol have the highest number of Michelin stars in the whole country. Honestly? I’m not one who is usually impressed (or influenced) by this kind of achievements. Being the distrustful type, I kind of always reject this kind of accolades and I prefer to try stuff and judge for myself.

The main strength of the cuisine from South Tyrol is that it’s the result of the meeting between German, Tyrolean and Venetian traditions, demonstrating, once again, that it’s not true what they say about Italians and their alleged inability to accept fusion cuisine. Italian dishes are actually the result of centuries of foreign influences. 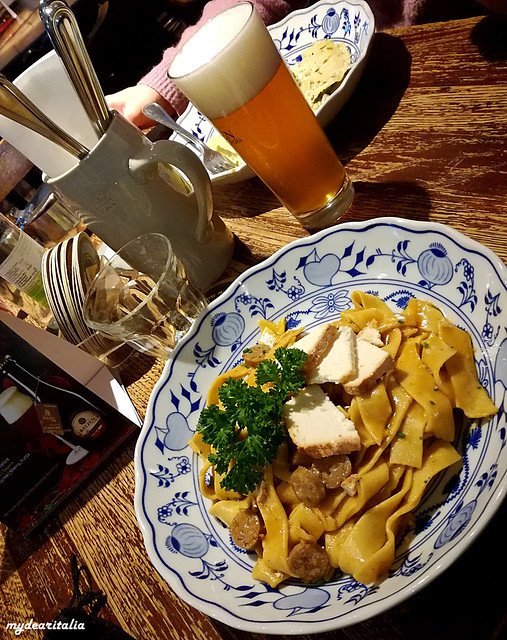 It’s Easy to Reach and to Travel Through

Despite not having an international airport within its territory, getting to South Tyrol is quite easy: it’s well connected through the railway and the closest airports are not that far away ( Innsbruck – 1 h; Verona – 1,5 h).

Even the most remote villages are served with an excellent system of public transportation, which is really easy to use even for tourists thanks to sistema integrato that allows the passenger to use a single card for all the means of transport within South Tyrol (trains, buses, lift-systems etc.) This is really great since one does not have to go crazy trying to figure out where to go and what to do to buy the tickets like in other parts of Italy. For tourists there are also special offers one can find out about by asking their hotel’s staff or in the website of the South Tyrol’s public transportation system.

Have you ever been to South Tyrol? What’s your favourite place? Let me know in a comment below!

9 thoughts on “5 Reasons Why You Should Visit South Tyrol”