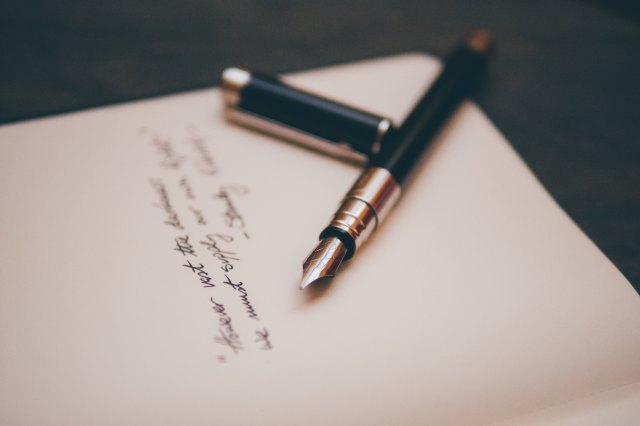 Photo by Álvaro Serrano on Unsplash

It’s good to be back. After many months missing from here, I guess it’s time to update and finally explain why I suddenly disappeared. Those who follow me on twitter and instagram know it already, but I never had the chance to announce it here on the blog. I was stuck in a difficult situation, and so I decided to embark in a new adventure and move temporarily to South Tyrol, the German-speaking corner and basically the only functioning region in our country. It was a great experience, but it definitely absorbed all my time and energy: apart from quick posts on instagram, I wasn’t truly able to write and keep track of all the blogs I follow (sorry).

I should probably say that I’m regretful I was missing, but I wouldn’t be entirely honest. The past months have been the most intense, energizing and healing of the last decade. I reconnected with my body, with nature and even with society.

You know, if I were a clever blogger writing about Italy, I’d probably omit my negative sentiments and I’d rather focus on the romantic image and touristic side of the country. Unfortunately (?) I’m not that astute. Among the tons of blog posts floating around the Internet that share the ultimate secret to live “like an Italian”, my point of view will probably always represent some sort of dissenting-voice.

You truly want to live like an Italian? Well, forget about fluorescent Aperol Spritz sipped while sitting down in the shade of tall cypresses and some whirlwind romance lived under the Tuscan sun. I’m not saying that you can’t have all of that, but I also think it’s pretty clear it’s a limitative and partial view of the country. We are all mature enough to understand that there’s the good and the bad in every country of the world. But in the case of Italy it is not just that. If you want to truly live like an Italian, you don’t have to just accept both sides of the coin, you want to consciously experience the real thing. Living in Italy doesn’t just mean you have “to enjoy life”, you want to experience the whole spectrum of the human emotions.

There’s no way you’re going to live a reassuring and slightly boring marriage with Italy, it’s going to be that kind of marriage where the dishes crash against the wall and the make-up sex is earth-shattering. It’s great when the passion runs freely, but the moments when the silverware flies are incredibly painful.

So, still want to live like an Italian? You cannot expect romantic and passionate escapades without counting the bloodsheds and the shattered glasses into the equation. Sometimes the hard moments are so unbearable that you result ending up in a blind alley with the only solution to jump the fence and leave. This is what I did. I left and I’m glad I did.

As for me missing in action here on the blog, if I’m completely honest, it was not just having little free time to write, I was also giving the silent treatment to Italy. I was so angry with my country that I couldn’t honestly see the point in keep writing about it. What for? It didn’t deserve it.

These past months I was lucky enough to end up in a corner of the world where I could start a process of healing under many aspects. Lack of pollution, unemployment and useless chatter freed me. I felt elated.

Now that I’m back in Veneto I cannot state that all the issues are solved and that Italy and I are “back together”. Quite the contrary, in my case I’m pretty sure the one with Italy is destined to be a toxic relationship. What I’ve realized, though, is that, despite my happier state while in South Tyrol, a part of me was missing. I wasn’t writing anymore. I might be bad at it – I don’t even write in my own language – but it’s an instinct I cannot deny. A part of who I am. And Italy, despite all the headaches and sorrows, is part of who I am as well. After all these years, this country is still a constant discovery for me and I will continue to write about it and its madness. I hope you will stick around and to read about your take on the subject.

As for me, not all is well, but almost.