It’s the wisteria season and Italians seems to  love this plant very much! Check some pictures of this purple beauty and learn why wisteria creates a connection between Italy and Japan. 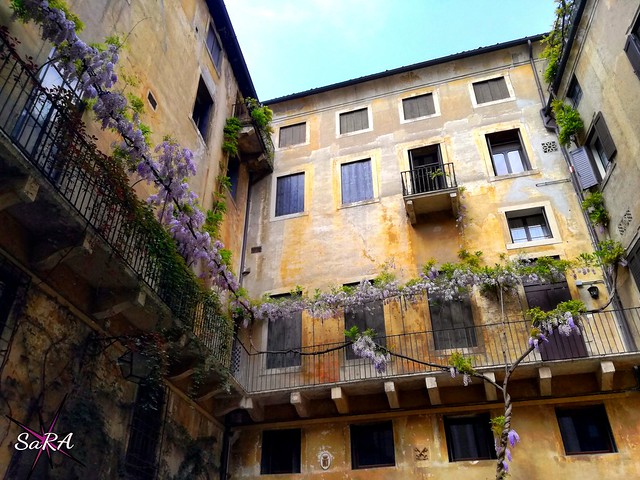 It’s finally the season of wisteria and here in Italy many people seem to be enamoured of those purple vines and unable to stop snatching pictures of it wherever they go. I remember that last year there was even a very successful hashtag on Instagram called #wisteriahysteria and my feed was full of magnificent purple grapes thanks to it.  Well, today I was inspired to write a short poem about wisteria and, since quite a few of you, diligent Italian students, asked me to write more bilingual stuff after the Sunup-Sundown Poem, I decided to give it another go.

My aims were basically three. First, I wanted to write about the wonderful wisteria, as I said. Second, I wanted to introduce to you the Italian rhyming couplets, in our language called Rime baciate, kissed rhymes. After having read an article in which a British person complained about the difficulty of  rhyming stuff in English in comparison with Italian, I wanted to show you that yes, that’s actually very true. The downside of the Italian rhymes is that you risk to sound a bit redundant and to create lame verses. It’s very easy to fall in that trap, and I hope this is not be the case. Third, one of the things I wanted to achieve with this blog was to find points in common between Italian lifestyle and other cultures in order to underline the bonds we have between Nations. God only knows how much we need this kind of dialogue nowadays.

Today it will be the turn of Japan, that, even if it has many characteristics that differ from ours, shares with us a long history and a rich culture and a particular philosophy that wants us to embrace the impermanence of life. Japanese people call it Mono no aware, and the beloved cherry trees (and especially back in the days the wisteria) are a reminder of it. For the Italians it’s the Latin motto Carpe Diem, seize the day.

As usual, you will find the cultural references in the notes at the bottom of the post. Thanks for reading. 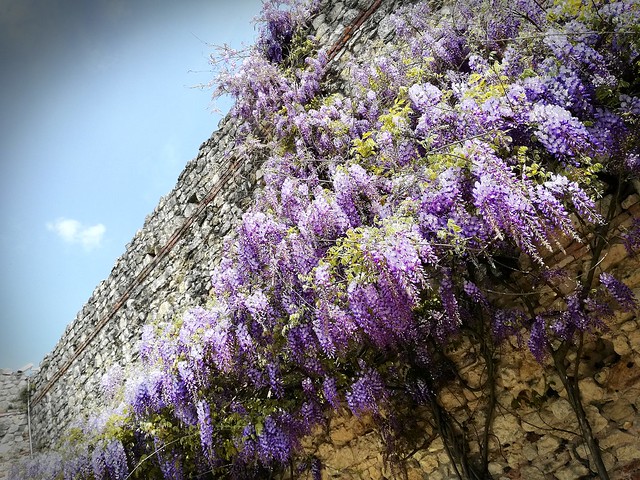 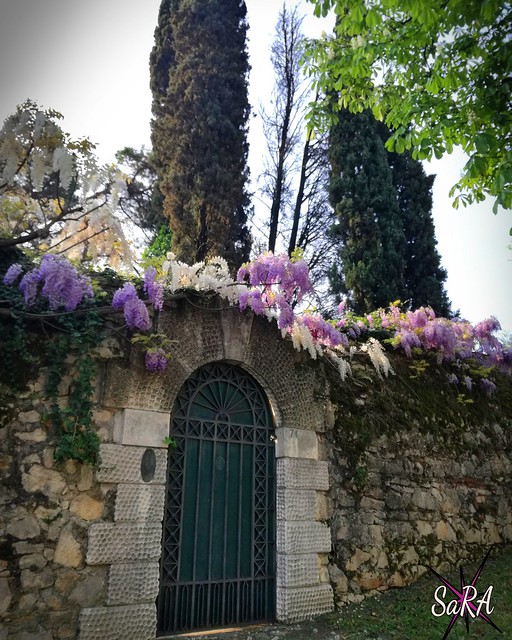 finally joined to the Land of Sun

a melancholic eco of your past [1]

Tightly embraced to our dwellings,

you remind your voyages with the Emperor?

When your singular aspect

brought delight to the foreigners? [2]

I ask myself if your cascade of colour

is in reality a cry full of sorrow

for a motherland beyond the sea

that you cannot truly forget.

Then I remember your mission

that goes beyond the mere admiration

since the transience of your being

reminds us to seize the moment. [3]

Hence, I gaze at your elegant form

And I sense the essence of Japan. 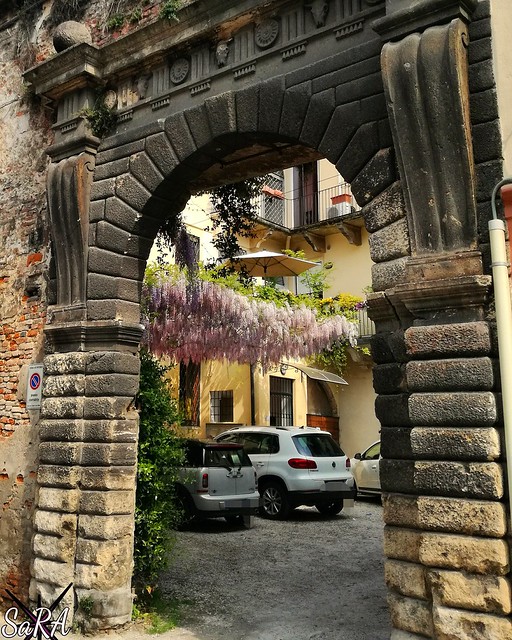 [1] Italy is often called Il Paese del Sole, the Land of Sun. The melancholic eco of the past refers to the fact that even Japan is often nicknamed after the sun. It’s in fact called The Land of Rising Sun, as Nippon means “the sun’s origin”;

[2] According to some legends, the Emperors gifted bonsai wisteria to foreign people during their travels as a symbol of friendship;

[3] According to Buddhism Shin, wisteria is the symbol of the impermanence of life: everything transforms and you have to appreciate every single moment.

9 thoughts on “Wisteria in Italy”