This month’s topic “Exceptional Women” is a chance for me to put into words some thoughts about gender roles and society in and outside Italy.

Photo by A. L. on Unsplash

This month we have been asked by our lovely hosts of the Dolcevitabloggers’ linkup – Jasmine, Kristie and Kelly – to write about inspiring women, who do not necessarily have anything to do with Italy. I must confess that these kinds of topics are a bit difficult for me to write about as festivities like the Women’s Day and the “modern” interpretation of the feminist movement clash with the way I see this kind of themes.

Too often the International Women’s Day is interpreted as a mere commercial festivity, useful just as a source of income for florists and male strippers. Same thing about certain feminists out there, sadly. I’m well aware that generalizations are bad, and for this reason I tend to be very careful before joining groups or “movements”: I must analyze how they operate first as,  even if the motivations seem legit at a first glance, you can then realize there’s something wrong behind them.

Sadly, in the context of feminist movements, I personally had a negative experience, as once I got out of a group the moment I realized it used the fight for women’s rights just as a means to appear in public. This was one of the saddest and worst things ever, if you ask me, because there are so many women out there who need help and support that might get a bad name because of the actions and personal interests of few prima donnas. For this reason, I consider it vital to start to make a distinction between good and bad behaviours rather than sticking a label into people’s forehead stating “men=bad”, “women=good” and viceversa. The valour of a person is always given by the fruits of one’s actions.

Photo by Matt Popovich on Unsplash

I don’t feel like a feminist in the “modern” sense of the word. I much rather identify myself with the old connotation of the term, that wanted feminists to be fighting for the equality of the genders. I do believe no gender is better than the other and that each one has values that the other lacks and that have to be admired. I honestly think people should stop classifying others according to their genre, sexuality, faith etc. but just by the fruits of one’s actions, as I said.

Why it’s important to be inspired by people, regardless of their genre

It’s only normal to identify with one’s genre, but I must admit it, I really try my best not to be confined within the borders of the femininity, established by the patriarchal society, nor by the modern and common belief that a woman should have “the balls” in order to have a position in society. I must say that probably I was fortunate enough to be born in a family where gender roles were not a fixed law to be followed and where the everyday battles could be won only with a team effort. The team effort, the most underrated thing in modern society. 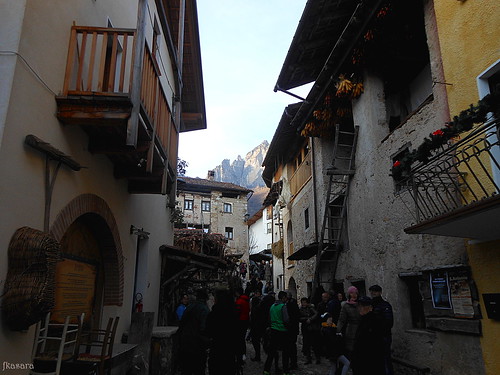 Many people tend to see the rural society as the epitome of narrow-mindedness. I grew up in that kind of reality and truth is that, despite the small-town mentality, I witnessed to many instances of gender role reversal. I saw women driving tractors and men preparing meals. My own grandma followed my grandpa in the fields all the time. The team effort was necessary to make things function in such a reality.  In there, everyone was supposed to do something and cover for the others if something happened.

Another important lesson came from schools, where, sadly, I suffered various forms of bulling from schoolmates and, yes, also from adults. Many people will tell you that male bullies are the worst, some others that female bullies are. Truth is that, during my school years, I was equally bullied by males and females and I learned that a bully is a bully regardless of one’s genre or age. Again, the valour of a person is always given by the fruits of one’s actions.

The most important thing, though, was that, thanks to the kind of upbringing I had, I was able not to take this kind of s*it from anybody. For this, I’m both grateful to my mother, who has always accepted me for who I was and taught me through example to have dignity and self-respect, and to the male figures in my family, who always treated us women as equals never feeling the need to have their manliness proven. This taught me so much about the respect every human being  is deserving and to never accept gratuitous degradation from anybody.

Photo by Samantha Sophia on Unsplash

Why it’s important to be inspired by normal women

Before, I stated it’s necessary to examine the true motivations behind the various movements and campaigns, but I hope it’s clear that I think feminist movements are necessary. Sadly belonging to a genre rather than the other is still an obstacle in various fields and environments.

March 8th has already passed and on said day papers were, as usual, full of stories of courageous and exceptional women who achieved impressive results like climbing mountains or saving lives or multimillionaire enterprises from bankruptcy. It’s great having such positive examples, but are they what we need now? Do we really need exceptional examples?

Next time I don’t want to read about the heroines. Next year I want to read about common women fighting their everyday’s battles and finally winning. Women finally able to gain the most basic rights, which still nowadays, in the 21st century, are neglected.

The case of Italy

The 31,5% of the Italian women has experienced in life forms of physical or/and sexual abuse [ data given by Amnesty International ]. In 2017 we could count 110 cases of femminicidio (yes, the phenomenon is so widespread, we even have a specific word for it), which the homicide of a woman by family members, partners and husbands, because of their genre.

I want this s*it to end. I want women to be protected and able to escape an abusive relationship without having to feel guilty about it. I want women to be listened to, when they report cases of stalking and harassment. Too many times they are ignored and not believed. Too many times I read from Italian media the condescending words of journalists that decide to depict the assassins like poor fellows that killed their wives, because they couldn’t accept the divorce as they loved them too much (I wish I’m joking).

On the other hand I want men to be able to stop being forced to chase ideals of machismo and to escape social expectations that want them to use women or a degrading language toward them as a means to assert their manliness. I want them to be the first who protest when media depict women as the ultimate responsible of sexual abuse, because of their attire that allures and tempts men, as if they were animals unable to control themselves. I find this kind of analysis to be very offensive to both women, all depicted as loose, and men, since they imply they are all potential abusers as “they have not self-control“.

Join the DolcevitaBloggers and read about the inspirational women out there!