Discover the seven facts about snow I shared last week on Instagram and learn about the peculiar bond I have with it. 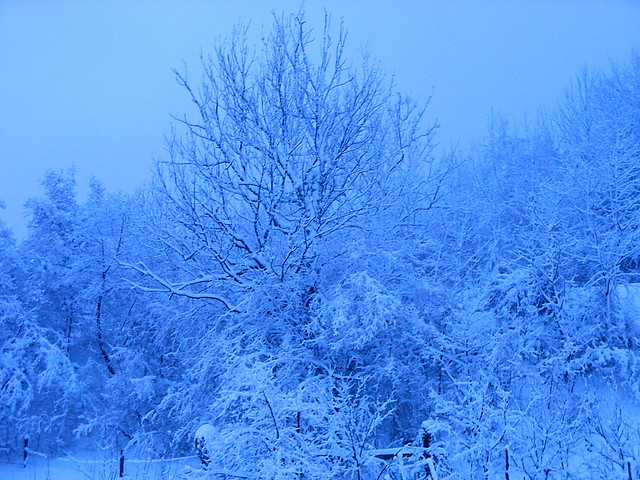 What’s your relationship with snow? Do you love or hate it? It might sound like a stupid question – who doesn’t love snow, you might say – but it really isn’t. There are stone-hearted people, like myself, that do not particularly like it and tend to see it as a nuisance rather than a magical event.

#12WeeksInItaly 📍 Week nr. 2 – #Snow [entry: 9/84] According to a #legend of Carnia, a region of Friuli Venezia Giulia, one day #sheeps climbed a mountain, took flight and started to run and dance in the sky. Angels tried to grab the sheeps as to stop them, but they were able to escape and angels were left with only fleece in their hands, that started to fall from the sky. That day snow flakes were born 🐏👼🌨❄ . . #sheep #animals #nature #natureloversgallery #naturestagram #nature_perfect_day #nature_perfection #naturelovers #italy #italy_ig #italy_photolovers #storytelling #oldstories #charmingitaly #whatitalyis #browsingitaly #loves_united_italia #fleece #wool #walking #explore #learnmore #learn #discover

Truth to be told, snow and I are old pals. We know each other from a very long time and, according to someone, we are even related. Yes, related in the sense of “family”.  In my country there’s a particular way to call people like me, I am among the ”children of the snowfall of the century”.

Yes, I was born during the coldest winter and the scariest and most abundant snowfall of the 20th century in Italy and since then, snow has always sort of stuck with me. When I was about to be born, the snow outside of my home, in a village on the hills near the Small Dolomites, had reached about seven feet; my mother was advised by the operators in charge of cleaning the streets from the snow to move southern, toward the valley, as they were not sure they would be still able to reach those homes with their vehicles in the next few days.

Mom did indeed move southern before she was due, avoiding the Medical Air Services to come get her as happened to other pregnant women. What to add…we are a generation of people who caused trouble since the very beginning! In my natal village, a rural reality where the population was constantly decreasing, there hadn’t been a newborn for nearly twenty years and when I was born all the elderly said it really was a big event and I made myself noticed for sure with such a calamity happening!

Since then, my very beginning, I have started to know the “white lady” and recognize when it was about to come (yes, you can literally feel it in your bones), its characteristics and even its smell. Snow does indeed have a smell, a smell that makes the air lighter and cleaner. My nonno also taught me some tricks in order to detect how the storm was going to act. If the snow was really wet and fell from the branches with a thud, snow was going to turn soon into rain, but was if the snow stood on the branches?

Another fact that connected me and my territory to the snow, is related to one of our best writer of 1900, Mario Rigoni Stern. Mario is, without a doubt, the writer of the snow and the Nature.

Snow makes you melancholic. I go back in time with my mind when I’m in my room or in my house and I see it’s snowing, the first autumnal snow; it’s an avalanche of memories that crashes your heart.

His Sergeant in the Snow was translated in multiple languages and thanks to his Sentieri sotto la Neve ( Trails Under the Snow) I was able to learn all the different names the inhabitants of Altopiano di Asiago, a famous plateau in the province of Vicenza, give to snow:

#12WeeksInItaly 📍 Week nr. 2 – #Snow [entry 11/84] Until some time ago, it was common knowledge that eskimos had 52 ways to call the snow, but now it seems like it was just a legend. One thing is sure, though, in Altopiano di Asiago, the plateau in Veneto famous for the Asiago cheese, until few decades ago and when the Cimbrian language was still common, there were at least 7 names to indicate the snow: ❄ BRUSKALAN, the first snow of the winter; ❄ SNEEA, the "real" snow, the one that made people bring out ski and sleds; ❄ HAAPAR, the one that fell at the end of the winter, that started to disappear when the sun hit it; ❄ HAARNUST, the snow that during the spring in the "hot" hours slightly softened in its superficial layer and that hardened during the night. Good for the excursions during the first hours of the morning as one did not sink in it; ❄ SWALBALASNEEA, "the snow of the robin", which is the one that fell in March; ❄ KUKSNEEA, "the snow of the cuckoo", which is the one that fell in April; ❄ BACHTALASNEEA, "the snow of the quail", that lasted just few hours. . [If you want to learn more about this and you know Italian, read "Sentieri sotto la neve" by Mario Rigoni Stern] . . #snowfall #mountains #cimbri #cimbro #mariorigonistern #cimbrian #languagelover #language #langblr #natureloversgallery #naturelovers #nature #naturaleza #nature_perfection #veneto #italy #whatitalyis #whatitalywas #charmingitaly #postcardsfromitaly #neve #travel #travelbloggers #travelbook #italylovers #Italophiles #coloursofnature

Want to know other facts about snow? What about some vocabulary for those of you who are learning Italian?

And you? What’s your relationship with snow? Don’t tell me I’m the only one who think it’s a nuisance! D: