Modern ruins, abandoned implants, deserted buildings. These are the products of a society that constantly runs after progress. We don’t even realize it but sometimes we personally contribute to land consumption and to the abandonment of structures with our constant pursue of trends that are able to modify the urban layout of a city.  Spa-towns, for example, were a thing in the 19th century. Now, being the thermal vacation something outdated, these towns stand there like crippled creatures waiting for someone to remember and cure them. Let’s explore one of these towns located in the Veneto region: Recoaro Terme. 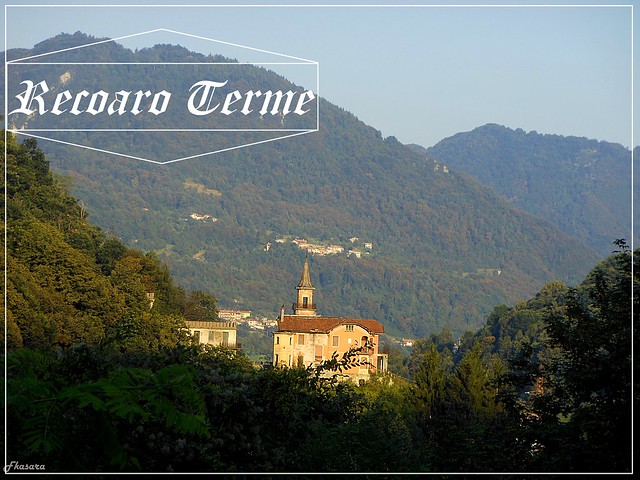 Recoaro Terme, a town in the province of Vicenza, even if located in a secluded and remote area, was able to live a true Golden Age back in the days, when aristocracy and illustrious politics and artists came here to enjoy the beneficial properties of its waters . As a way to prove its glorious past, I will leave you here a quotation of a certain someone who certainly left his mark in history and had something to say about the town:

It would […] be possible to consider all Zarathustra as a musical composition. At all events, a very necessary condition in its production was a renaissance in myself of the art of hearing. In a small mountain resort (Recoaro) near Vicenza, where I spent the spring of 1881, I […]discovered that the phoenix music that hovered over us, wore lighter and brighter plumes than it had done theretofore.

This is what Nietzsche wrote in the preview of Thus Spoke Zarathustra: a Book for All and None.

Recoaro, since 1934 renamed Recoaro Terme, is a town that I know fairly well, as it’s near to where I was born, I have relatives there and it shares similar characteristics with my natal town.

Lying on the bottom of a basin nicknamed Conca di Smeraldo ( Emerald Valley ), it’s dramatically surrounded by the chain of the Piccole Dolomiti (Small Dolomites). 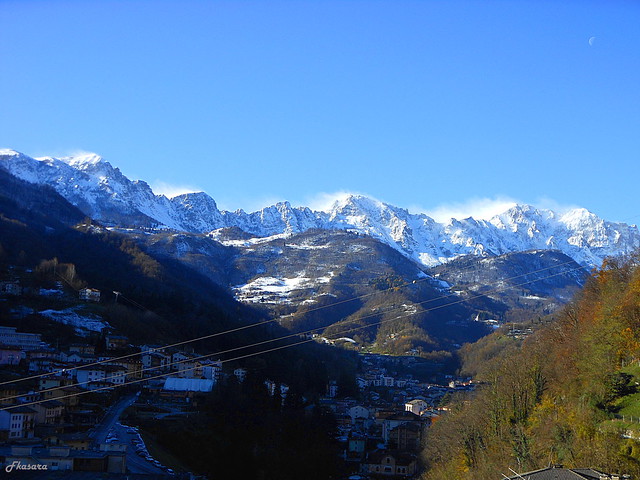 Mother Nature has always been generous with Recoaro gifting it with lush hills that explain the nickname and beneficial mineral waters that since the 18th century have healed people. Nietzsche himself came here for his thermal treatments and enjoyed walks in the surrounding nature in the meantime.

As far as landscape is concerned, Recoaro is one of my most beautiful experiences. I literally chased after its beauty, and expended a great deal of energy and enthusiasm on it. The beauty of nature, like every other kind of beauty, is quite jealous; it demands that one serve it alone. 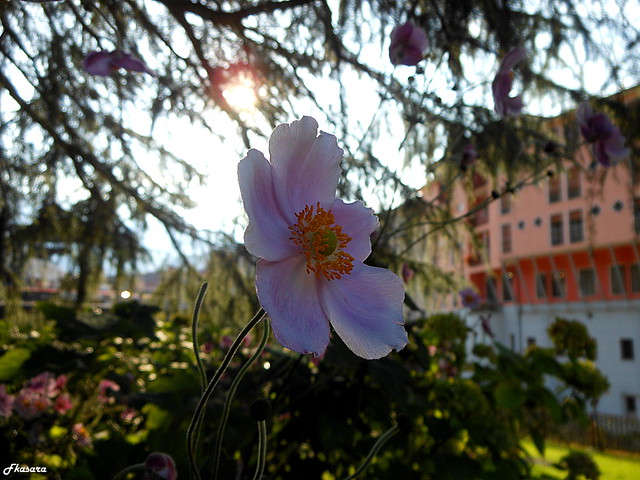 While the small city centre lies at the bottom of the valley, the majority of the inhabited area consists of Cimbrian contrade, the rural villages of Germanic origins I mentioned some time ago, scattered in the surrounding hills that Nietzsche probably encountered during his excursions, and that represent the real “soul” of the town. I’ll delve more into the topic of Recoaro’s contrade and its naturalistic offer – consisting in great trekking trails which are undoubtedly its main asset – another time, as this entry is focused on the theme of the “Abandoned Italy” and the spa-centre.

It was 1689 when Count Lelio Piovene first discovered that the waters falling down from the rocks of Mount Spitz in this remote town had special properties. During the course of the time other mineral springs were discovered in the surrounding area and by the end of the 19th century Recoaro could claim to have one of the best spas in the whole Europe. As a direct consequence, hotels and other lodgings opened and a town, that until that moment could only count on a meagre agriculture, found another important source of income.

Things started to go south for this spa-town after the First World War (the frontline was not very far from here and people had more pressing issues to worry about in the immediate aftermath of the conflict) and after a temporary season of glory during the 60s and the 70s, tourism declined permanently. Cures based on thermal waters were no longer “a thing” and Recoaro lost its charm.

The only thermal springs which are still in use are Fonte Lelia, Lora, Lorgna and Amara, which waters are provided by the so-called Fonti Centrali, the main complex of the spa-town.

Area of the Fonti Centrali 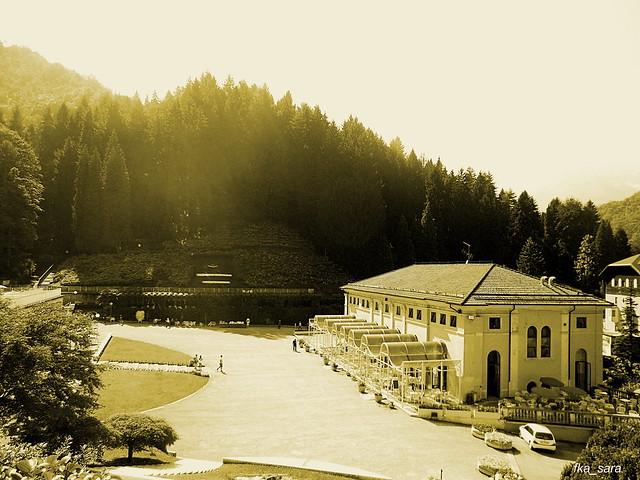 Fonti Centrali provides waters used to cure several conditions and is surrounded by an amazing park which is around 20 hectares. 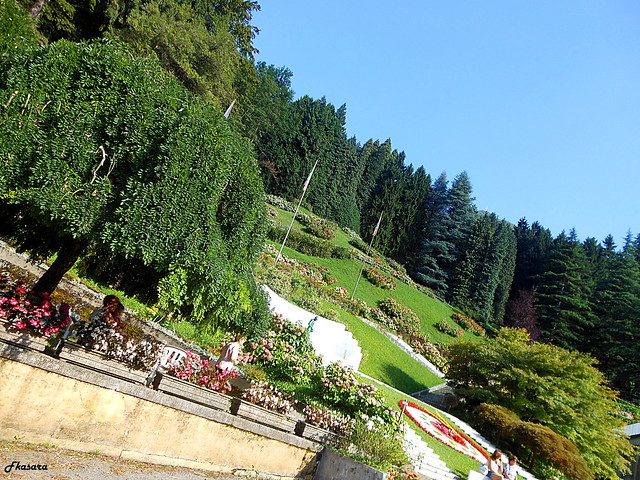 Even if the central complex is the one still in use, the first signs of urban decline start to be visible also in here. 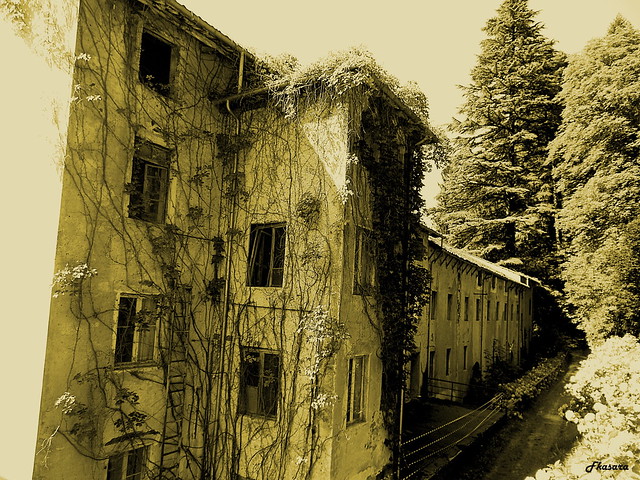 Nearby Fonti Centrali there’s the so-called Villa Tonello, which was the one that hosted the Queen Margherita of Savoy when she came here for her treatments in 1879. 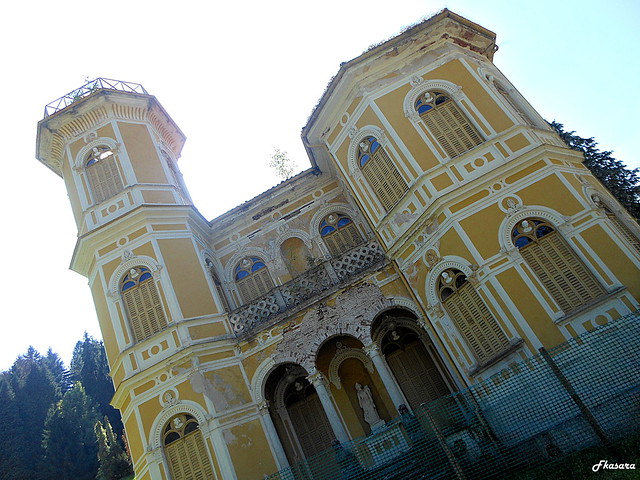 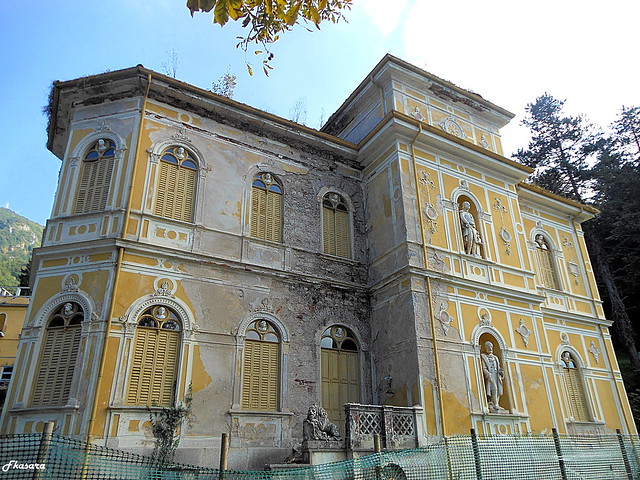 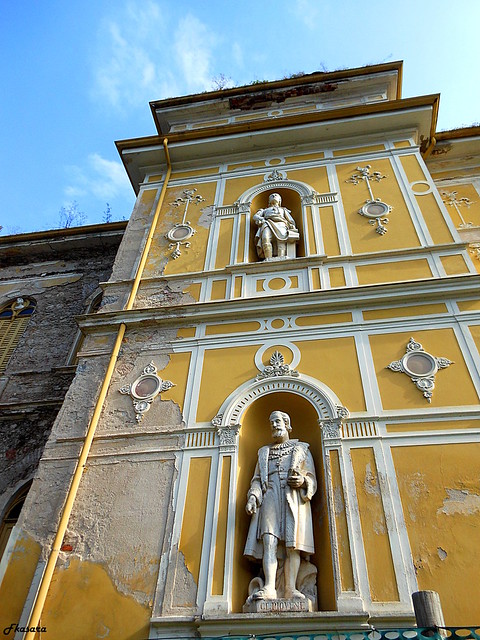 Until few weeks ago, the Villa was in this utter state of decay. Luckily Regione Veneto has devolved some funds and works of restorations have just started.

During the Second World War, Recoaro and the Fonti Centrali went through a difficult period. After the Allied Invasion of Sicily, the German Army that had occupied the country, started to slowly withdraw until they set up a defensive border along the summit of the Northern part of the Apennine mountains called Gothic Line. In 1943 Germans troops captained by Field Marshal Kesselring occupied Recoaro making it their base as it was in a strategic position and it could offer several accommodations since it was a touristic destination. That autumn they requisitioned the hotels and officials accommodated themselves in the villas. The following year they seized the complex of the Fonti Centrali and they started to build one of their famous bunkers, still intact nowadays. 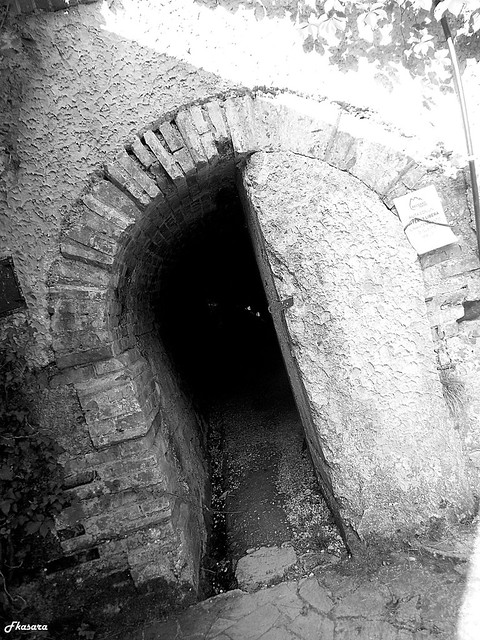 Entrance of the German bunker

It was in said bunker that the officials decided the final surrender of the German Army in Italy.

The city centre of Recoaro is a fine example of Stile Liberty, which is the way Art Nouveau was called in Italy. This style was quite popular in spa-towns like Recoaro that had a touristic vocation. 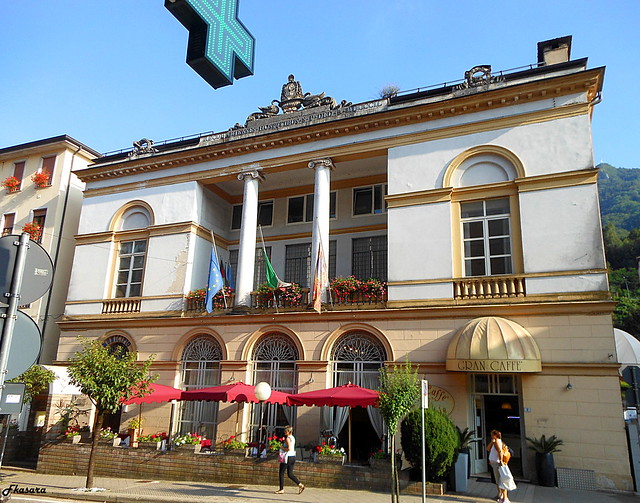 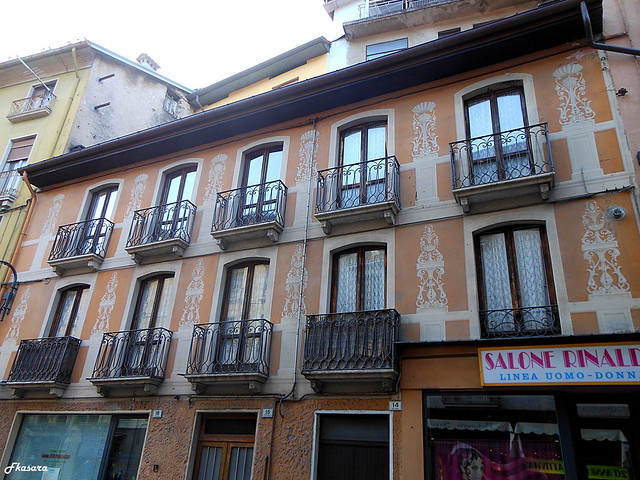 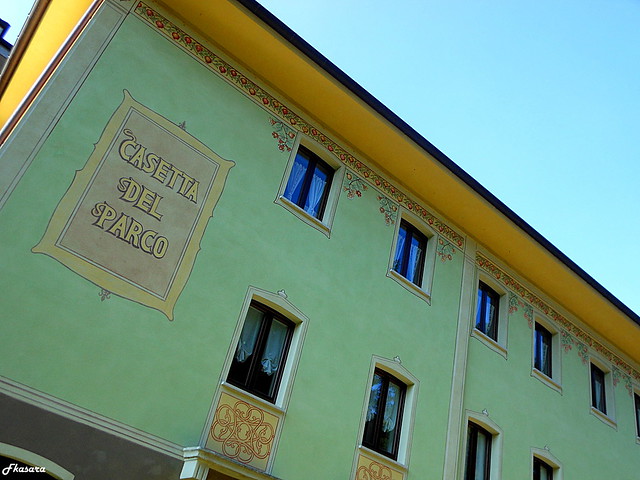 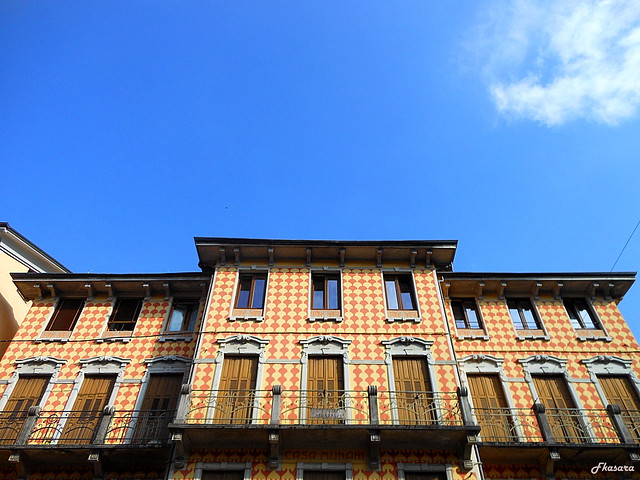 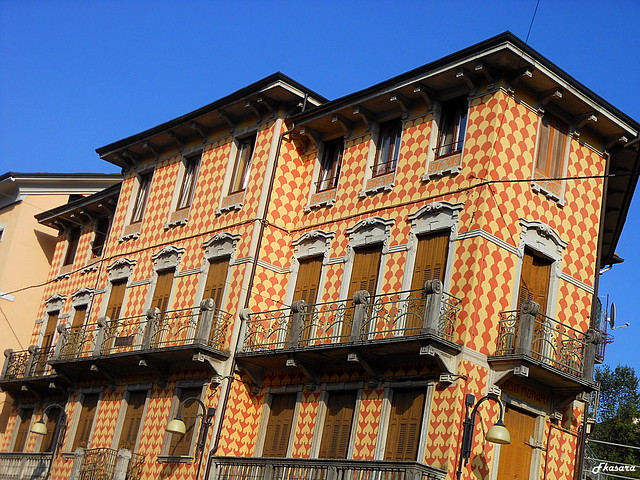 Sadly the city centre shows signs of abandonment and there are many hotels and other buildings that have been neglected or left in an utter state of decay. 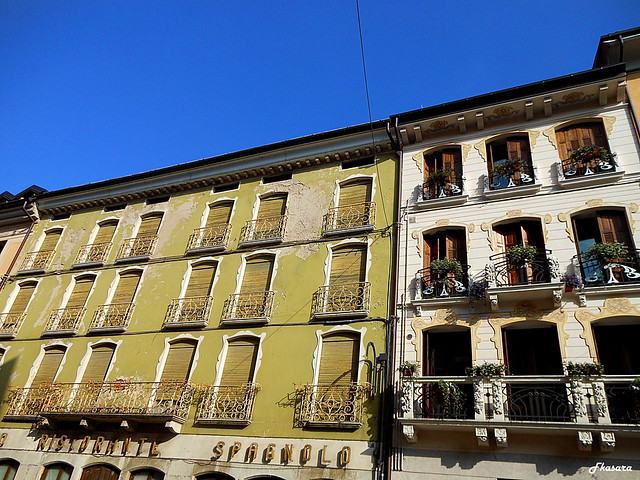 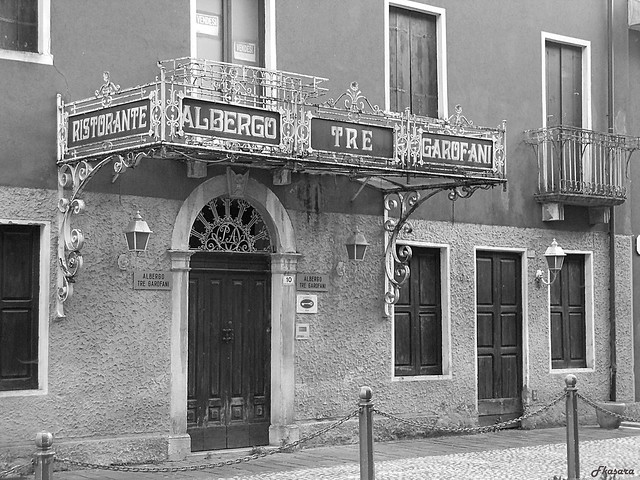 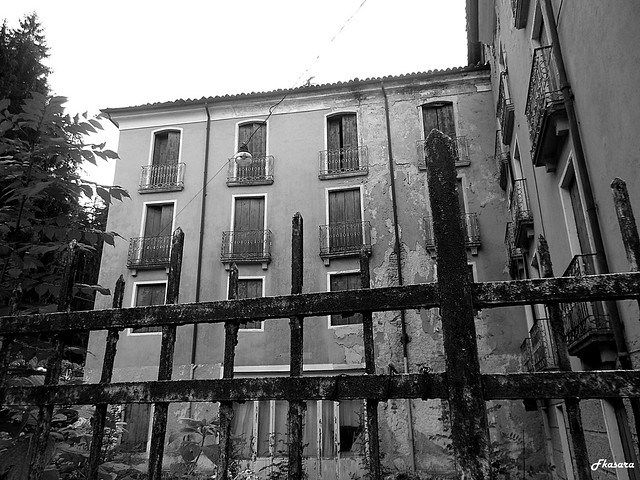 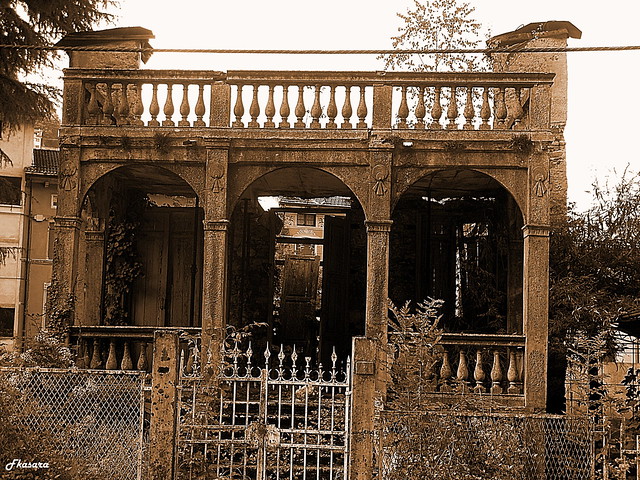 As previously mentioned, several mineral springs – other than the ones of  the Fonti Centrali – were discovered and opened to the public. The buildings that served their waters, though, were the first to close and to fall victim of the time passing by. Here you are just a couple of examples. 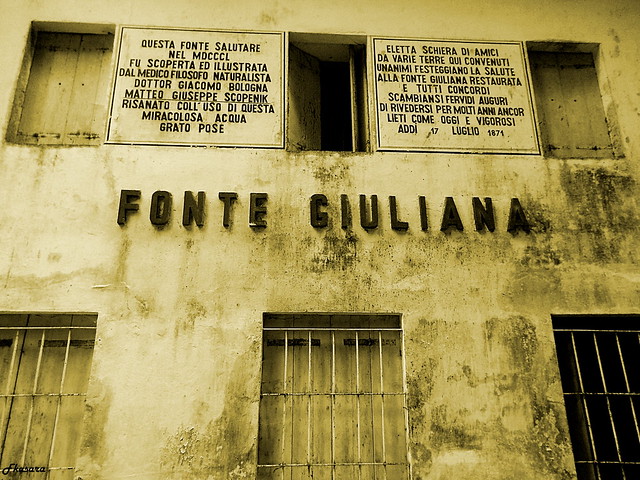 Fonte Giuliana, which waters were used for their diuretic and detoxifying proprieties. 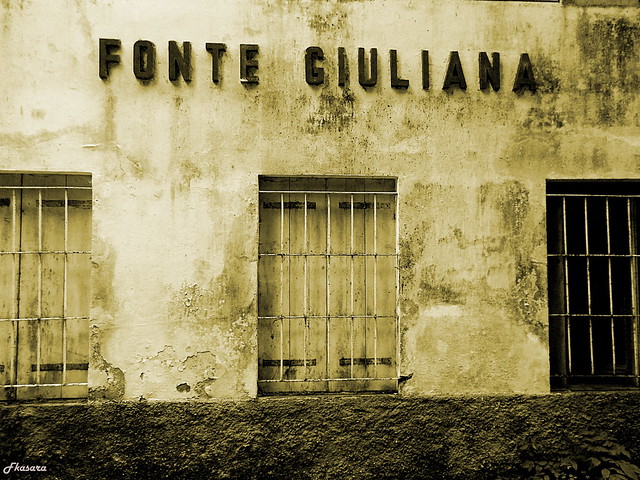 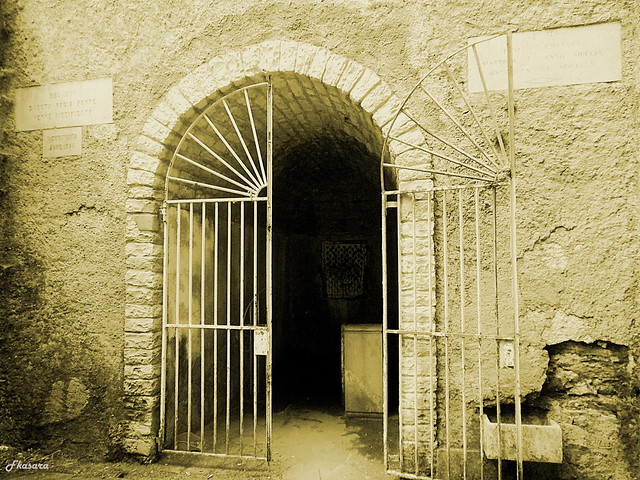 The seat of Fonte Giuliana has been long abandoned. 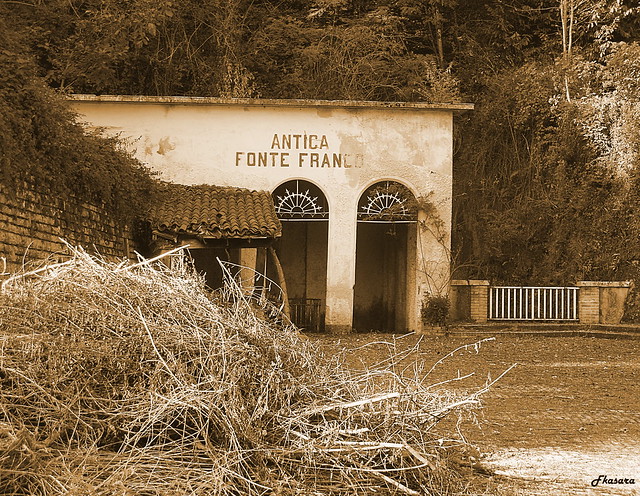 Fonte Franco, with a similar history of Fonte Giuliana. 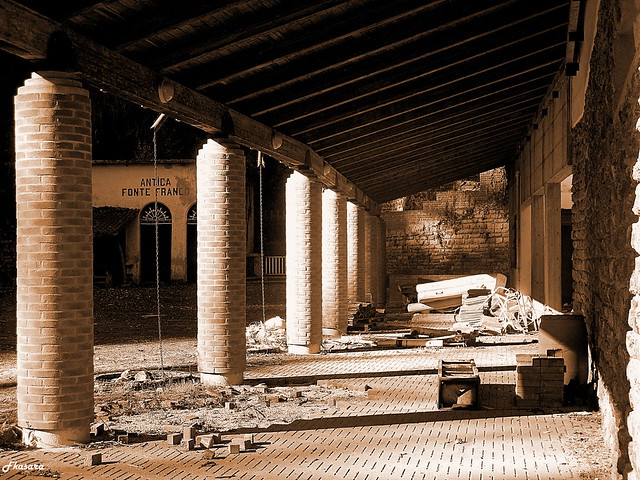 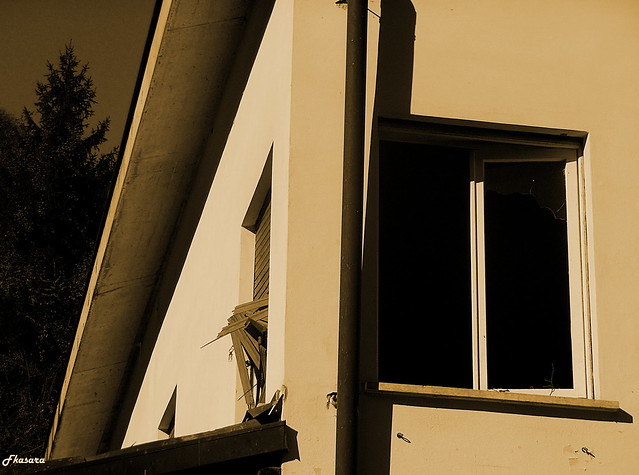 When I see all these abandoned buildings I can’t help but ask myself if it’s truly that worthy obsessing over new kinds of entertainment and tourism, when, in reality, the Earth is one and its resources like the soil are limited.

It’s obvious that we cannot stop progress, but one thing is sure: we can do a better job in reconverting old structures to a modern and safe use, instead of consuming even more land for new stuff.

Who should come here: Photographers who love abandoned places, hikers and people who enjoy natural trails and rural environments. Recoaro is an excellent starting point for trekking. Several trails with various levels of difficulty.

How to reach it: Bus line extraurbana 1  from Vicenza (the bus is on platform nr. 5)

German Bunker: it’s open only in special occasions. Ask the InfoPoint of Recoaro if it’s possible to visit it.

What to visit nearby: Valli del Pasubio, Contrada Bariola and its Christmas Presepe, Pasubio Moutain and the Strada delle 52 Gallerie, Montagna Spaccata.

I hope you enjoyed this excursion in this off-the-beaten-path area of the country. Did you know about the critical situation of the spa-towns? What do you think about it? Tell me in a comment.

6 thoughts on “Modern Ruins: Recoaro Terme and the phantom of a 1800s spa-town in Italy”