“Too crowded, too touristic, absolutely fake”. Many people seem to feel entitled to have a negative opinion about Venice, but is all this criticism really constructive and well-deserved? Keep reading to discover it. 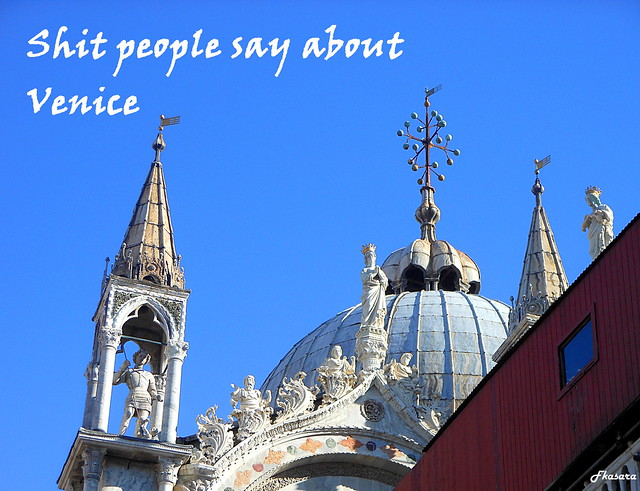 This is the entry I wished I never had to write, or, to better say, the one I wished I could post under different circumstances. This was supposed to be an interview with V, a young woman whose hometown was Venice, that I had the pleasure to meet through common friends a year ago and that I could call “friend” as well since then. She left us too soon. She was one of those people you instantly click with and that you could tell she was a gift to this world. This is not rhetoric, just truth.

V was born in Venice and lived there until, like many others, she had to move because life had become way too expensive for natives. 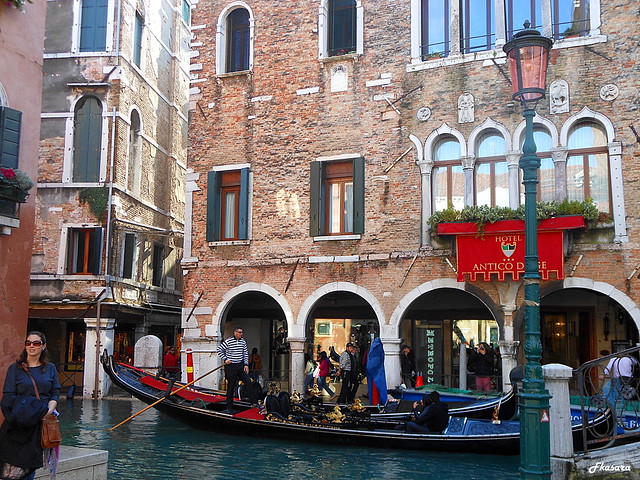 Venice, like a despicable mother, is selling herself for money and neglecting her own children. Venetians have a love-hate relationship with it: they are aware that tons of the city’s problems come directly from their administration and from their wrong way to deal with mass tourism – let’s not hide the head under the sand – but they also hate the way many people criticize their city, after they have (sometimes barely) visited it.

“First they are all keen to visit, often literally invading the city, then they talk s*it!”, V said to me once. And that’s right, how many times since we had paid for our vacation, we felt entitled to “rate” a destination, forgetting that a city is a city that belongs to its inhabitants and not a box of cookies sold in the supermarket?

I won’t hide behind a mask of hypocrisy, I used to work in the tourism department and I know exactly that when a tour operator or a tourism department promote a destination, they are literally selling a “product”. However we must also be aware that operators sell a “travel package”, a touristic experience made of visits at the museums, walking tours, dinners at local restaurants, they are not selling you “cities”. 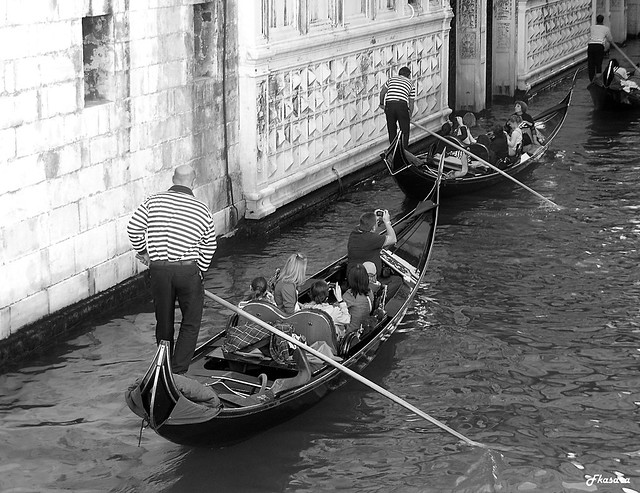 As we have sadly seen too often in the news, tourists are entitled to protest if they realize they have been scammed or if they have experienced a poor customer service in a restaurant or a hotel (Speak up! Never stop doing that!), but what I have also seen happening too often is tourists having negative experiences in bars or shops turning their frustration on the city itself which, if in some sort of measure is understandable, on the other hand not so much.

What you are experiencing as a tourist is a just a layer of the city and especially if you have a blog or are posting a review on Tripadvisor, you should think twice before making certain statements about the city. A bad customer service in a restaurant or aggressive sellers do not make one of the most beautiful cities of the world suddenly “ugly and overrated”. Venice needs to face its problems for sure and Venetians are aware of that, but don’t let your judgement about the historical and architectural value of the city be clouded by the craziness of the mass tourism.

Here you are five statements I’ve seen spreading around the Internet that I wish to contest: 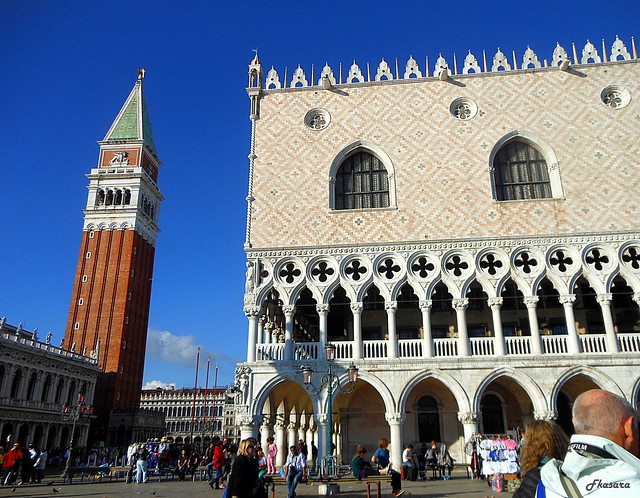 This is one of the most common assertions that I’ve seen around and well, what’s overrated is not Piazza San Marco, but the stalls which are supposed to sell “true Venetian souvenirs” (which in reality are made in China) and the fascination of buying corn from abusive sellers in order to feed the pigeons. The wide offer of cheap trinkets and the huge crowds of tourists do not make one of the most beautiful piazzas and impressive architectures in the world suddenly “overrated”. 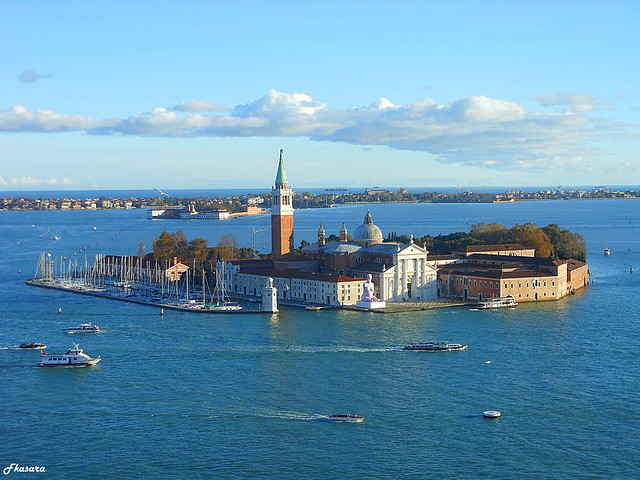 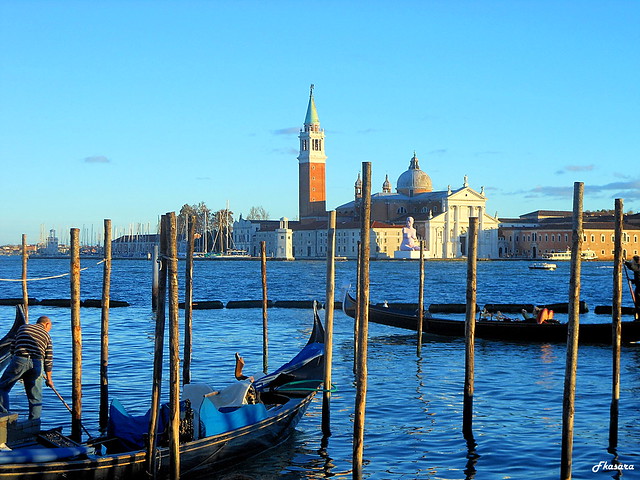 Dull stuff you see everyday in the office

2. AN ENTIRE DAY IN VENICE IS WASTED, YOU CAN VISIT IT IN 2 HOURS 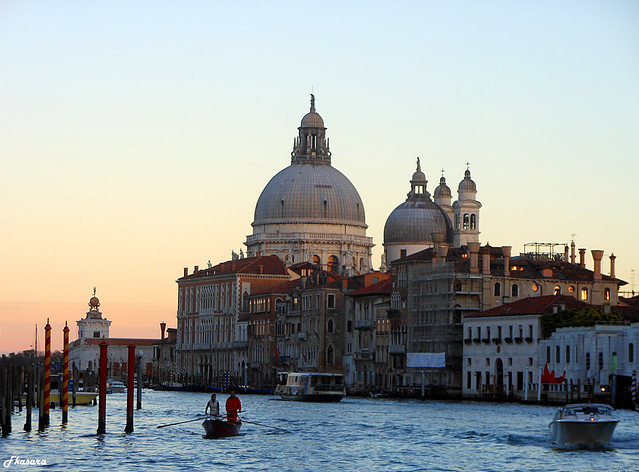 Wow. Let’s just make one thing straight: Venice is not just Piazza San Marco. If you state something like that, then you should also have the courage to assert that New York coincides with Time Square. Or that Tokyo is just Shinjuku. It’s true that Venice is much smaller than these two metropolises , but guys, it’s a city you have to explore entirely by foot and I can assure you, your feet will hurt at the end of your day in Venice after having tried to visit it properly.

Spoiler? You won’t be able to see the whole Venice in a day, even if it’s just a small island. It used to be an independent Republic that lasted 1000 years (!), a real treasure to be uncovered. Literally packed with gems. 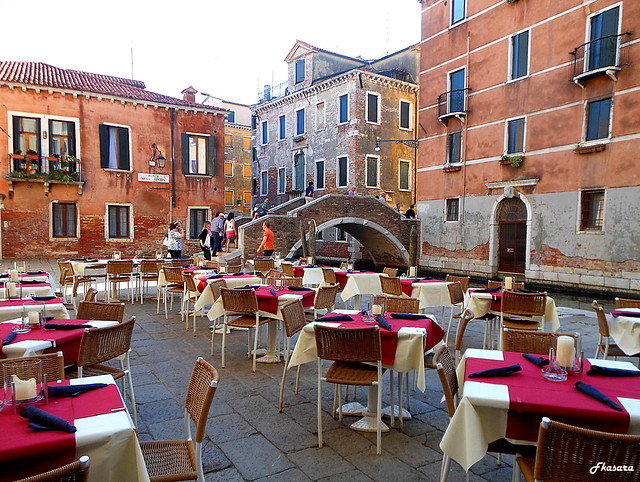 Define “Italian”, because as a native myself, I still have difficulties in understanding which are the characteristics that make a place worthy to be called “Italian”. If by Italy, you mean sunny beaches, olive groves and lemon trees, I’m sorry, but this country is much more than that.

Italy is a complex country, with multiple environments and realities. Everyone who comes from abroad has an “ideal Italy” in his mind (it’s completely normal, everyone tends to idealize foreign countries), but this does not mean the idea of Italy one has is the “real thing”. As Italian journalist Beppe Severgnini likes to say: “ Your Italy and our Italia are not the same thing”.

4. VENETIANS ARE RUDE AND UNWELCOMING 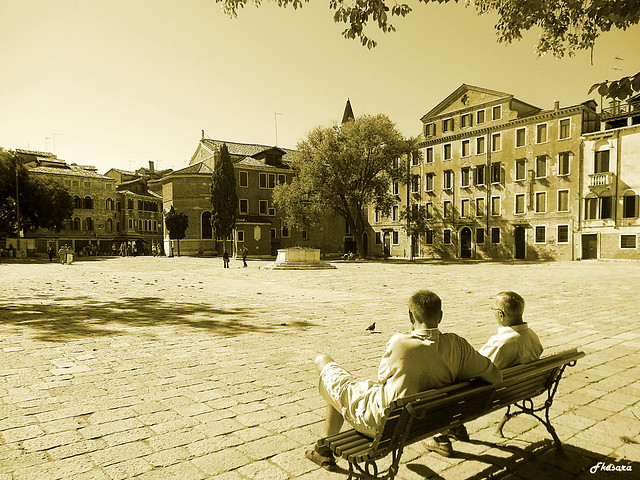 I have witnessed myself to outbursts of anger by people living in Venice and what I can honestly say is that rather than innately rude, it seems to me Venetians are just exhausted. So much exhausted that even a innocent negligence by a tourist can sometimes trigger them.

Honestly, I think people should try to walk in their shoes. They are living in a city that is slowly trying to push them out by making their life impossible. They have waited too many years to have the problem of the acqua alta solved (and they are still waiting btw). Going to work has become impossible for them, as there are masses of tourists constantly blocking the bridges or standing in the vaporetti without letting them pass. Just try to imagine yourself going to work in the morning and having to battle constantly against people who don’t allow you to reach your office in time. Tourists clearly don’t make it on purpose, but still.

They also have to argue on a daily basis with visitors that A) jump into the water from the bridges as if they were in a waterpark; B) roam around the calli in a bikini or even naked ( ! ); C) randomly bring their kayaks around town as if they were at the rapids; D) leave their garbage in front of their doors; E) have sex under the bridges (how romantic).

Last but not least, they are not able to find houses anymore because for owners it’s more convenient to rent them to visitors. What’s happening in Venice is exactly a “Venexodus” as they have called it. Just imagine being forced out of your home and then being told you should also be happy about it because it’s all for the economic benefit of the area. How would you feel about that? 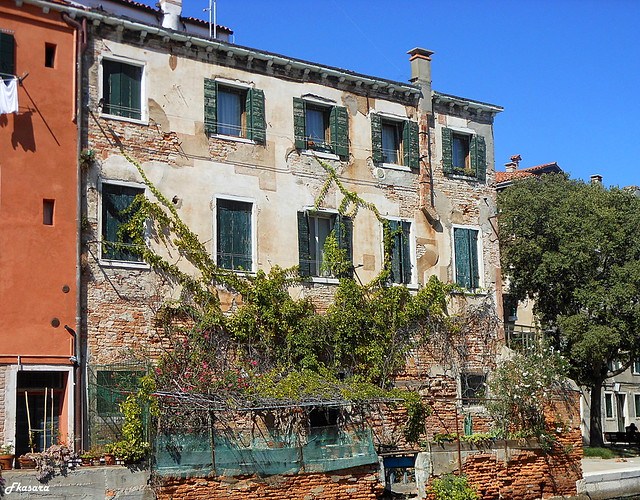 I’ve seen coming up the topic of the alleged Venice’s lack of authenticity several times and in different terms. Not all of them are valid.

The argument that baffled me the most was the one asserting that we should stop asking for a more authentic experience in Venice as visitors, since the Venetian architecture is “fake” itself. I’ve seen people claiming that Campanile di San Marco is fake since it was rebuilt after having collapsed in 1902, that Teatro La Fenice is just a copy built after it was destroyed in a fire and that the Four Horses outside the Basilica di San Marco are “impostors”.

Well, one must make a distinction between “faking” and “restoring”. Yes, La Fenice’s interiors and Campanile were rebuilt, and the Horses are just copies (the original ones are inside the Basilica to protect them from the atmospheric agents), but honestly, what was Venice supposed to do exactly? Leave Piazza without its iconic bell tower? Leave La Fenice to its ashes and the ancient and fragile horses outside without a proper shelter? Wow, sometimes it’s really hard to make people happy: if we leave our cultural heritage without proper protection, we’re (rightly) accused of being irresponsible, if we restore it, they say we’re “faking it”. Sigh.

Another criticism is the one asserting that Venice lacks authenticity because of the huge amounts of tourists. Well, I don’t think tourists make a destination “less authentic”, it’s the fleeing of the inhabitants that makes a city a mere touristic destination only to be “consumed” by tourists. For this reason, it’s important to support the locals in their battle to make Venice a more liveable city. 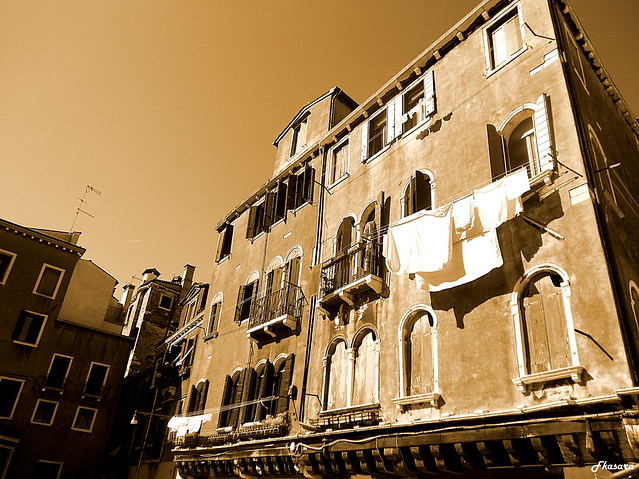 The fakery that I invite you to abandon when visiting Venice  is the one that involves the cheap trinkets and the sad touristic menus. For this reason I fully support what the guys of Venezia Autentica are doing: check their website before visiting the city and learn about what you can do to support the local artisans who makes authentic Venetian products.

What else we can do as responsible tourists in Venice:

I hope you don’t take this post in the wrong way. As I said Venetians are fully aware that the problems of the city are not just caused by people visiting it (that would be hypocrisy), so don’t take it personally. But what I can say is that they are sincerely wounded when they see reviews that state the “ugliness” of their city, just because the reviewer (who maybe barely visited a corner of the Piazza) had a bad experience with a restaurant owner. Venice is much more than an overcrowded piazza and bad customer service by certain shop assistants. Everyone is entitled to have a personal opinion, but what I invite people to do is to be extra-careful before stating that Venice is “a ugly city”. Especially as bloggers we have a responsibility towards our readers: let’s just be honest and discern between “tourist services” and the city itself.

My friend V would have explained the perspective of the local people way better than me, but I hope my points were clear enough and that I was able to elaborate why the attitude of several tourists and “reviewers” wounds Venetians.

V, I’m sorry I didn’t make it to do this article together by giving our time on this earth for granted. I wish you were here, it was way too soon for you to go.

This is for you,  my way to say goodbye.