Take a look at Teatro Olimpico in Vicenza, a Palladian masterpiece to be put among the things to see before you die, but also among the Wonders of the World. No, I’m not kidding. 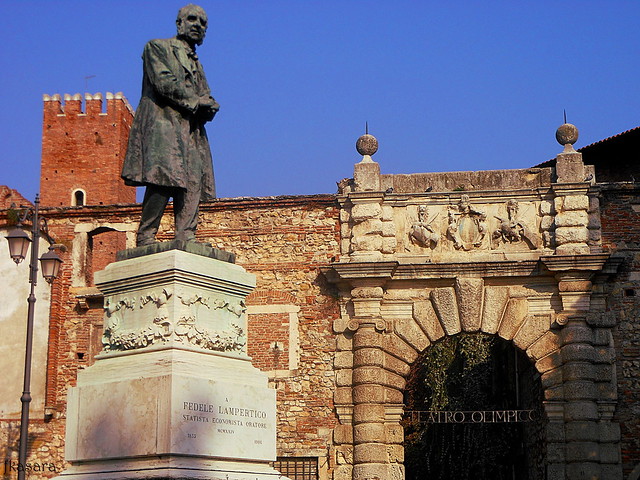 Talking about your own roots, country and culture, there must be something you’re REALLY proud of, isn’t there?

Well, for us people from Vicenza, this thing is, without any sort of doubt, Teatro Olimpico. We will never tire to talk about it and to suggest to people to come visit it. But what’s so special about it? 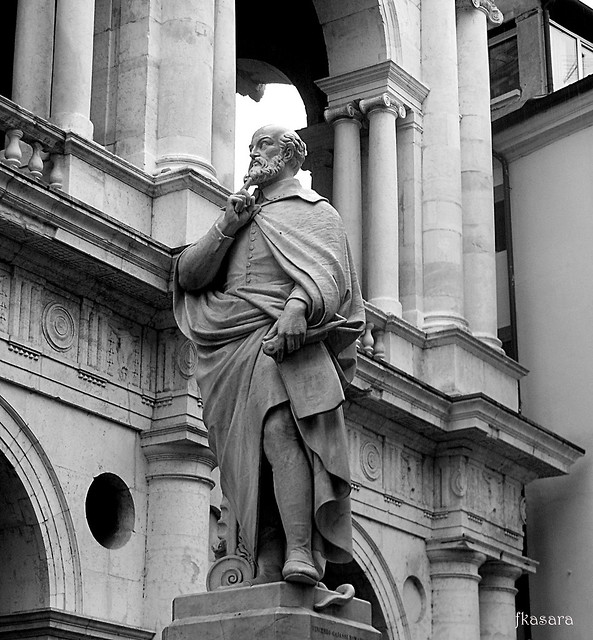 You remember Palladio, the greatest architect of all the times? Teatro Olimpico was his last work and like most of the geniuses, the final effort was the greatest of all. Like Mozart, who didn’t finished in time his Requiem, or Abraham, who never touched the Promised Land, Palladio never saw his Teatro realized.  He just gifted it to the world  and let the others complete and enjoy it. 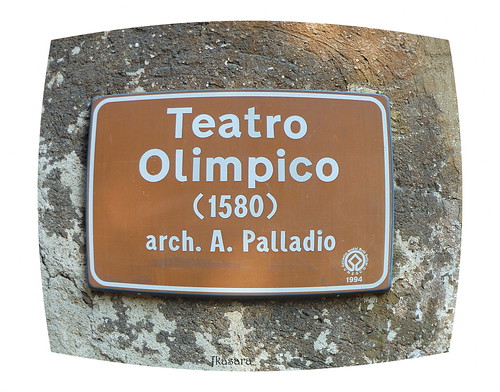 Yes, before then, theatres were only located in open spaces. The Accademia Olimpica of Vicenza (literally Olympic Academy, which was, and still is, the major cultural institution of the city ) was the first to request an enclosed theatre, where to play classical pieces. They made a former jail (!!) available to Palladio and asked him to take a theatre out of it. Palladio found a genial solution in order to deal with such a narrow space and realized an elliptical seating area. 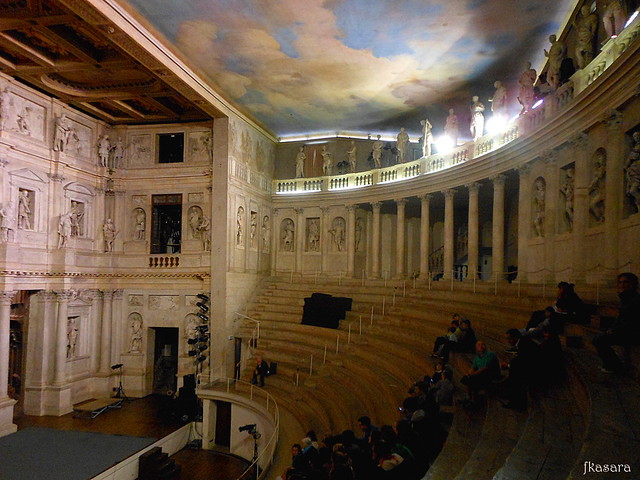 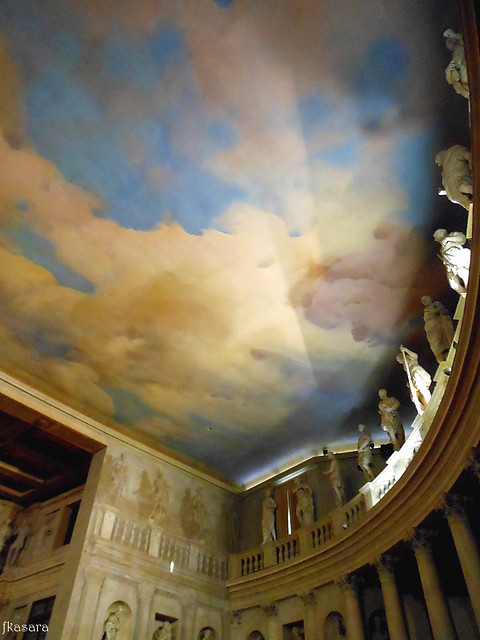 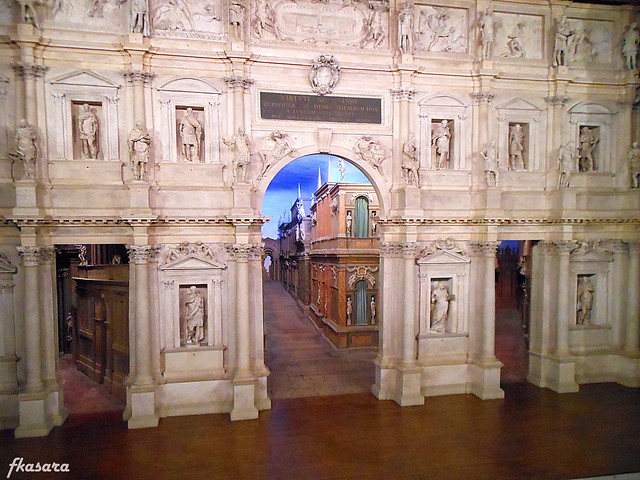 Theatres have movable sceneries that change according to the plays that are portrayed. Not Olimpico. The set  design of the first play, Oedipus Rex, was so beautiful that they decided to never change it. It replicates a majestic  palace’s facade with three doors that open on the famous “seven streets of Thebes”. The ancient city of Thebes is represented in the form of an “idealistic Vicenza”.

According to literature, the Stendhal Syndrome is that phenomenon that causes an extreme sense of dizziness, because the person involved can’t deal with what he considers a disproportionate amount of artistic beauty. I don’t know if that was Stendhal Syndrome, but I have surely seen flabbergasted tourists, completely in awe, that had to be escorted out of the Teatro (they didn’t want to leave, haha)

The first impact with the theatre, even on the outside, is already outstanding. 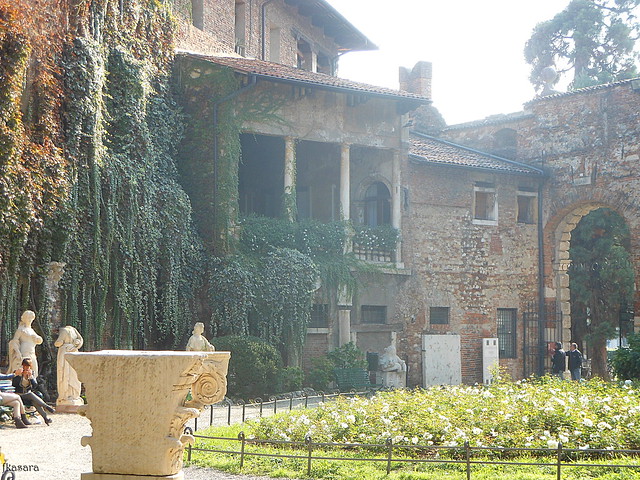 The external cortile welcome you in a dreamy  atmosphere with its medieval buildings, scattered white statues and snaky ivy enveloping walls and columns in a romantic embrace. 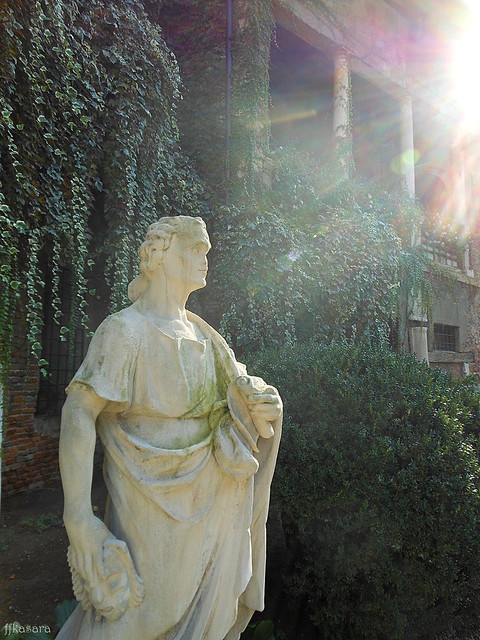 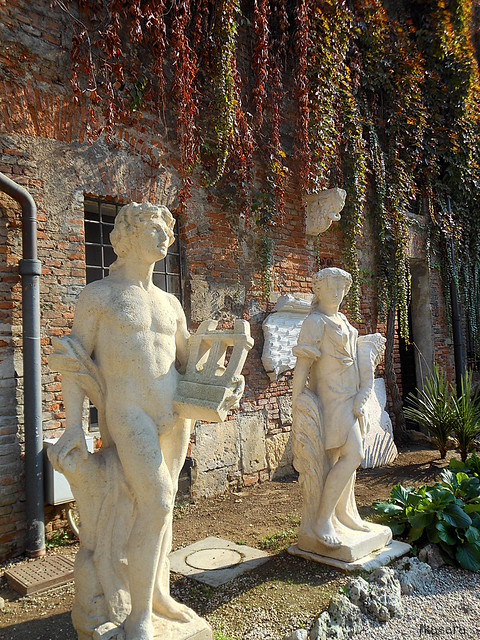 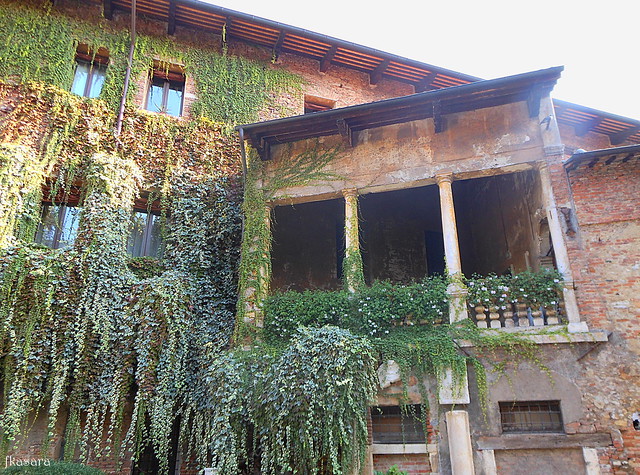 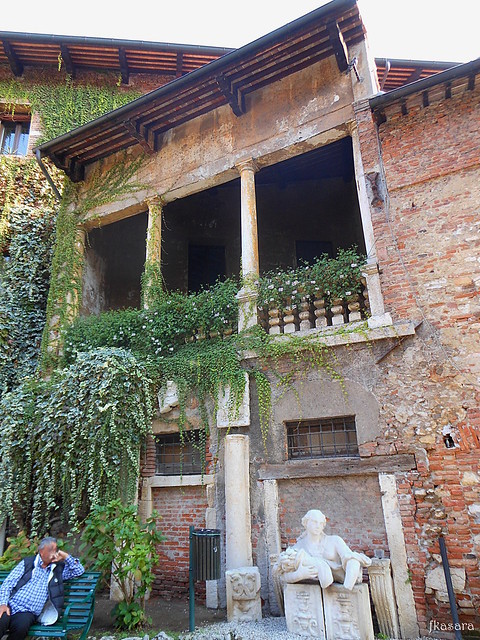 With such a poetic image of the exteriors, you don’t expect the grandeur of the Palladian touch that you have on the inside: the “reconstruction” of a classical theatre with a baroque facade as a scenery. 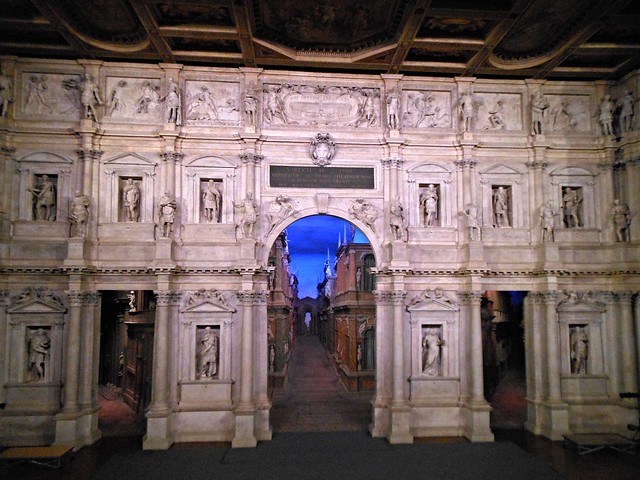 As a final surprise you get the trick of the “accelerate perspective”. 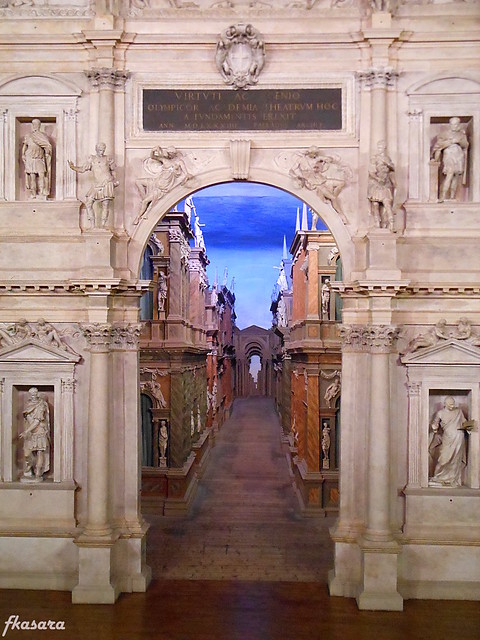 The central arch of the scenery use this technique to make the street represented behind it look longer than it really is.

Teatro Olimpico is a magical place and photos don’t do it justice. Definitely not to be missed.