With this entry, I will guide you through the streets of Vicenza city centre, a marvel full of Renaissance buildings and palazzi in North-Eastern Italy. 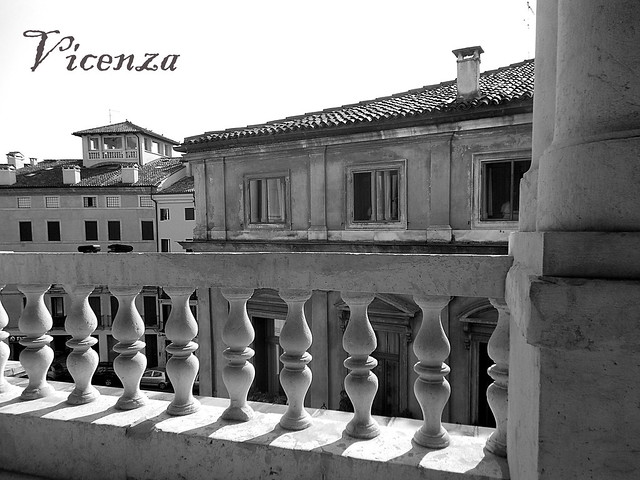 Walking down the portico mentioned last time, we leave Monte Berico behind our back and after a short stroll along Viale Roma, we find ourselves at the entrance of Vicenza city centre. 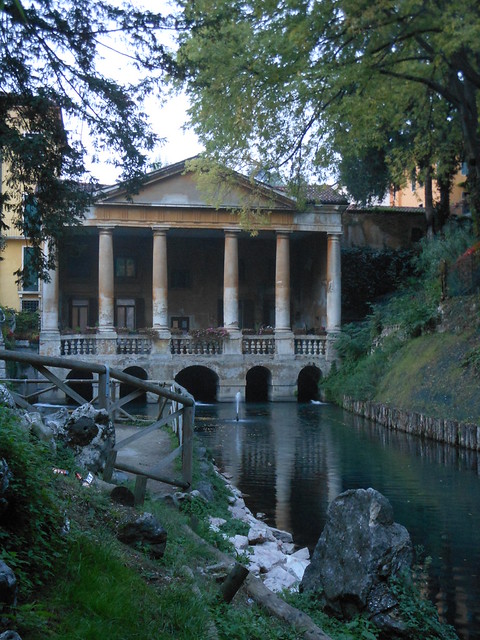 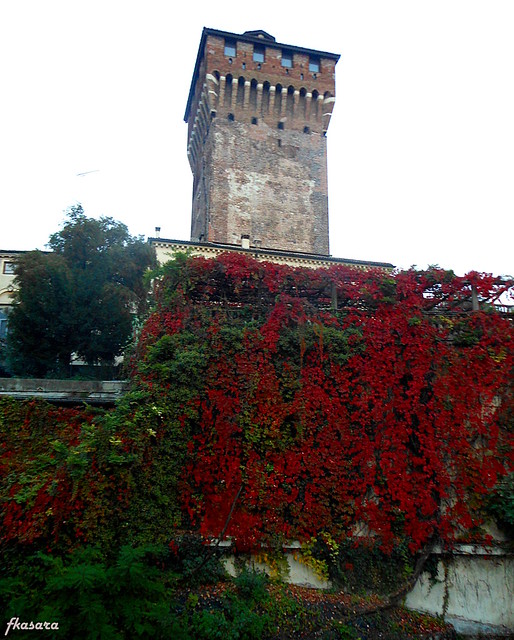 Torre di Castello, the entrance of the city

Crossing Torre di Castello is like entering the gates of a small realm of beauty, a jewel which Unesco has considered deserving of protection since 1994:

Vicenza represents a unique artistic achievement in the many architectural contributions of Andrea Palladio, integrated within its historic fabric and creating its overall character. [UNESCO statement]

Vicenza has indeed a unique and defined character and it’s easily identifiable just by walking along the streets and the alleys of its city centre. The core of Vicenza is small, so even for people who are not very used to walk it’s not difficult or especially tiring exploring it.

The main avenue is called Corso Palladio and it takes his name after Andrea Palladio, considered by many the greatest architect who has ever lived. 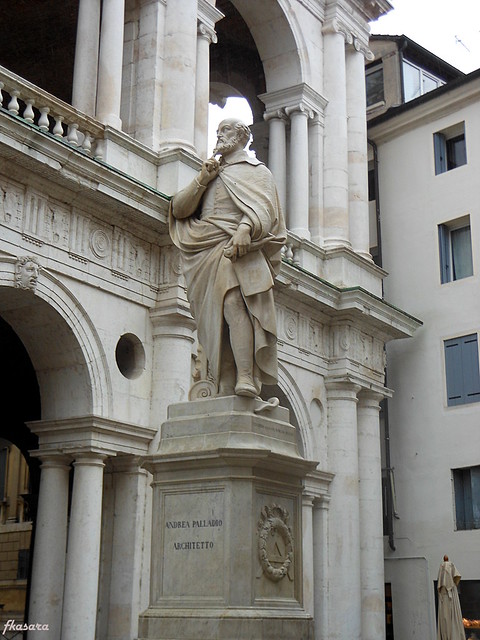 The young Andrea spent his childhood in Padua, his natal town. He was working as a humble stonecutter in a villa when he was noticed by the owner Giangiorgio Trissino dal Vello d’Oro, a nobleman from Vicenza, who was also a poet and a humanist. He took the young man under his wing: he sent him to Rome to see the beauties of the capital and to study the classical culture and he gave him his “nickname” Palladio, after Palade Athena, the Greek goddess of wisdom.The great merit of Trissino was that he was able to recognize the intelligence and talent in a young man, son of a humble miller and that he encouraged him.

The rest is history: Palladio, step by step, became an admired and respected architect and after his death a true legend and an inspiration for centuries to come. His “Four Books of Architecture” represent “the bible of architects” and point out his vision on the matter. Architecture must be the art that combine beauty and usability, something that, sadly, several contemporary archistars have forgotten for the sake of their personal ego (don’t tell me I am the only one who cringe her teeth in front of certain “modern stuff”). This coexistence of practical use and splendour is evident in Palladio’s works and especially in his famous Palladian villas, scattered across the Veneto Region.

Some examples of Palladio’s buildings that you can enjoy just by walking through Vicenza city centre are: 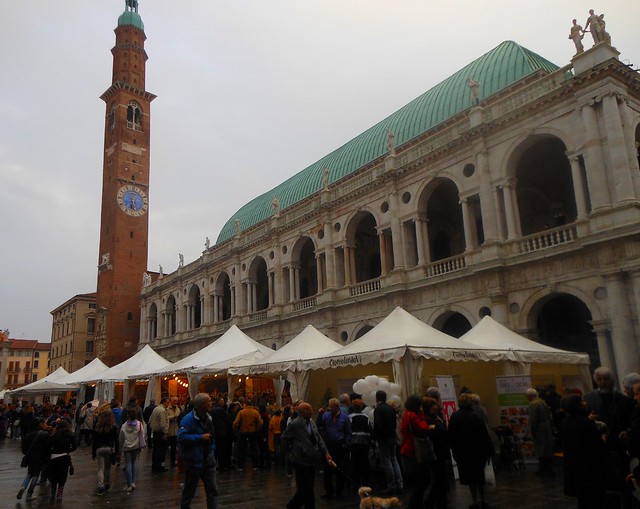 This was the first work of Palladio and the official symbol of the city of Vicenza, located in the central Piazza dei Signori. It used to be a public palazzo, the seat of government of the city, and it also housed shops on the ground floor. After the collapse of a part of the Basilica, a public call for bids was published, but in a common Italian fashion, the award was rigged since Giangiorgio Trissino made his “disciple” Palladio win. 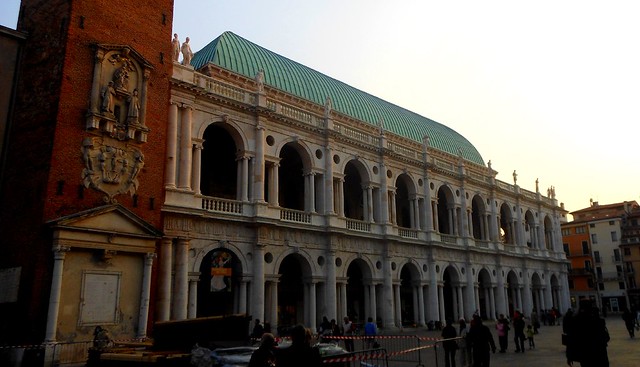 However, not too bad, given the results 😉 Palladio solved the static problems with this system of loggias, which, other than useful, are also a marvellous work of art (again, beauty plus usability – the recipe for success!) 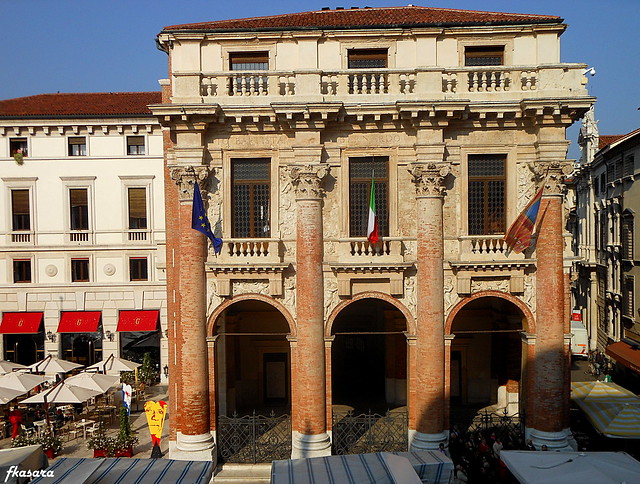 Just in front of the Basilica Palladiana, here there is Loggia del Capitanio, a two-toned palace which had been the seat of the Capitanio, the major representative authority of the Most Serene Republic of Venice , which used to rule over Vicenza. 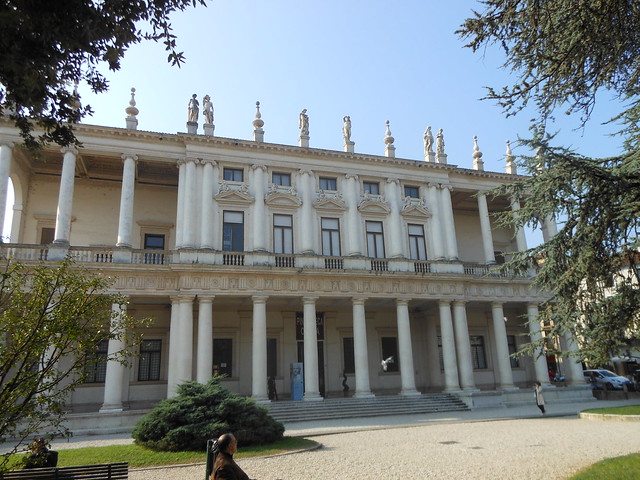 The Palazzo of the Count Chiericati is now the seat of the city’s art gallery. 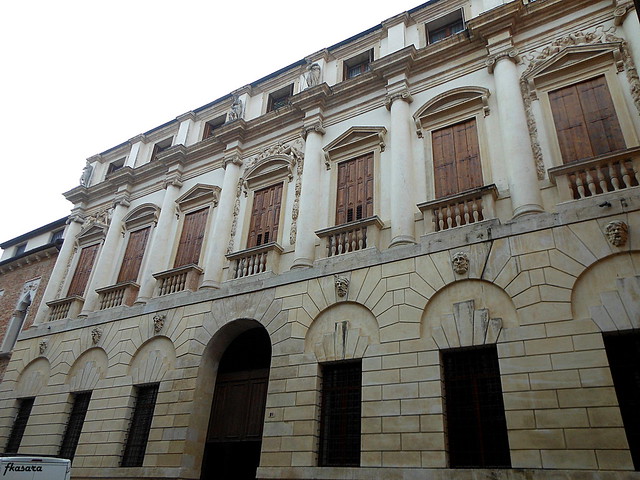 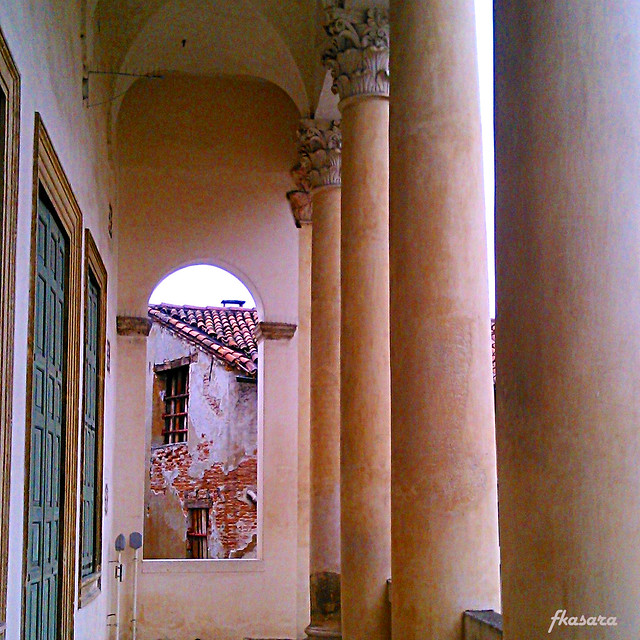 Palazzo Barbaran Da Porto was built for the Da Porto family and it is now the seat of CISA (International Centre of Architectural Studies) and the Palladio Museum, an amazing museum dedicated to the famous architect and all his works.

But the most astounding work of art Palladio created for our city is, without any sort of doubt, his swan song, the Teatro Olimpico, which is so outstanding that lots of people experience some sort of Stendhal Syndrome when visiting it: for this reason I think I will dedicate a specific entry to it.

Palladio was so influential that his vision went round the world and gave birth to palladianesimo, a style of architecture derived from his designs. The US President (and architect) Thomas Jefferson, for example, was a great admirer of the Italian artist and based lots of his works on Palladio’s drawings.

As for Vicenza, by walking its streets, you find also plenty of other architectural styles such as the gothic one. Some examples: 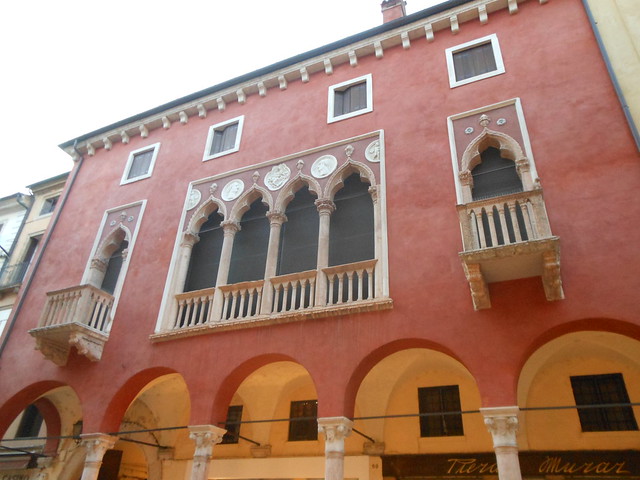 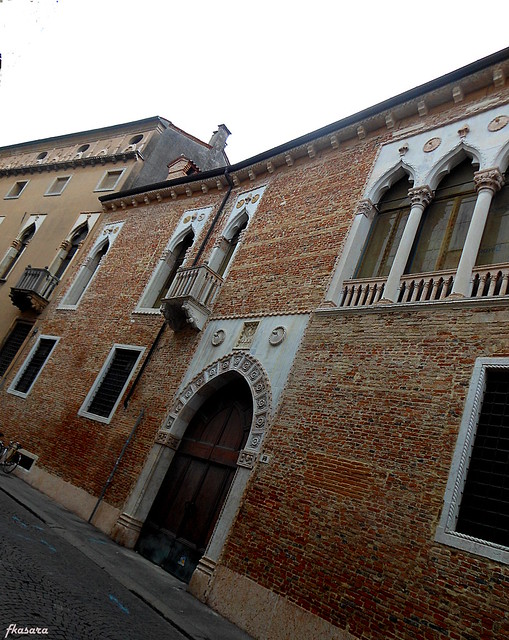 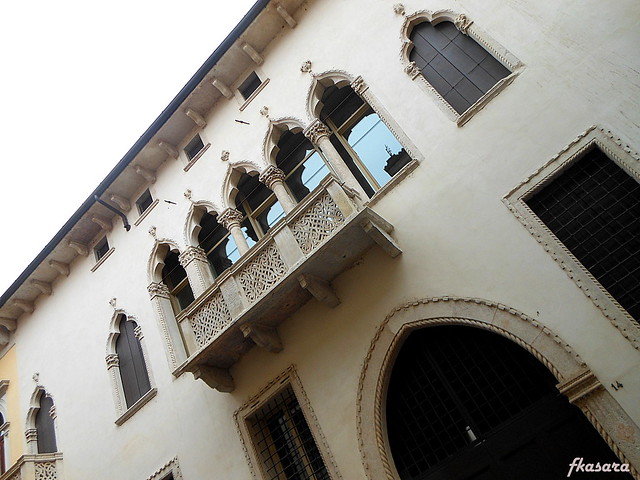 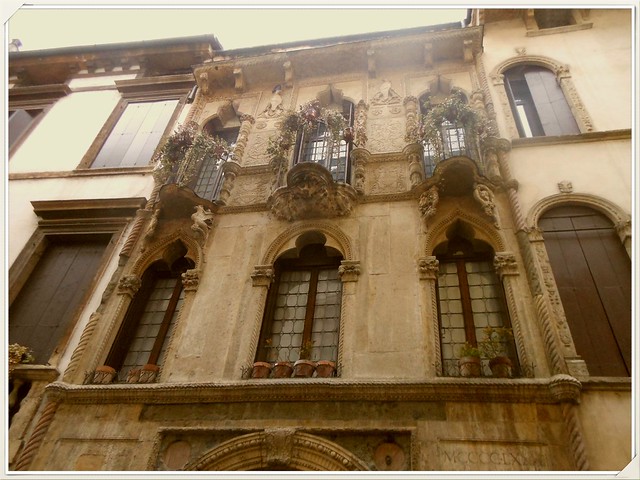 This one, according to the popular tradition, was the house of Antonio Pigafetta, the one who is indicated by many as the first travel (b)logger in history. He was the one who wrote the log of Magellano during their famous voyage around the world.

If you love the Italian architecture, Vicenza is definitely a great choice: you can admire a lot of marvellous buildings just by walking along its streets.  It’s not by chance that it is defined the World City of Architecture.

21 thoughts on “Vicenza: a City Walk through the World Shrine of Architecture”