Christmas Markets are typically something “German”, but they can also be found in Italy. With this post learn about South Tyrol, a small area of Italy which is mostly German-speaking, and its charming Christmas Markets. 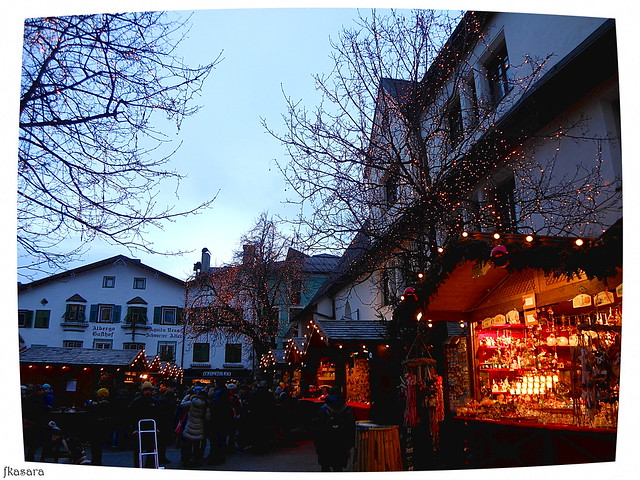 As an inhabitant of the Belpaese, I’m under the impression that Italians are one of the most stereotyped people in the world. Stereotypes have always a seed of truth, but what the majority of the people fails to see concerning my people in particular, is that we are a fairly young country, since Italy, as a unified state, has started to exist only in 1861. This means that, before that date, the peninsula was formed by a gazillion of different states, each one of them with a different language, customs and characterized by people with diverse somatic traits (who says Italians are all dark skinned and black-eyed?) Since then, only 155 years have passed and, as a consequence, plenty of differences still remain.

One of the most peculiar Italian regions is surely South Tyrol, which is an area that has a lot to offer to tourists all over the year, but that I find particularly charming during the festivities. 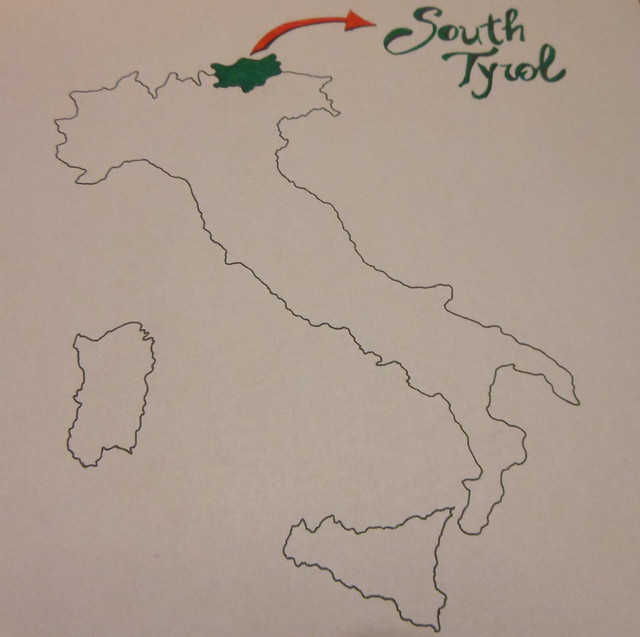 A classic map from my infamuous journal

The Autonomous Province of South Tyrol confines with Austria and Switzerland and is characterized by the presence of three ethnic groups: the Italian, the German and the Ladin one, the German being the group with the largest number of people. Given its multiethnic nature and particular history, South Tyrol is granted with a large administrative autonomy and its statute decrees that the place names must be bilingual: every city or town has both an Italian and a German name and when you walk around the streets, you see indications like this one: 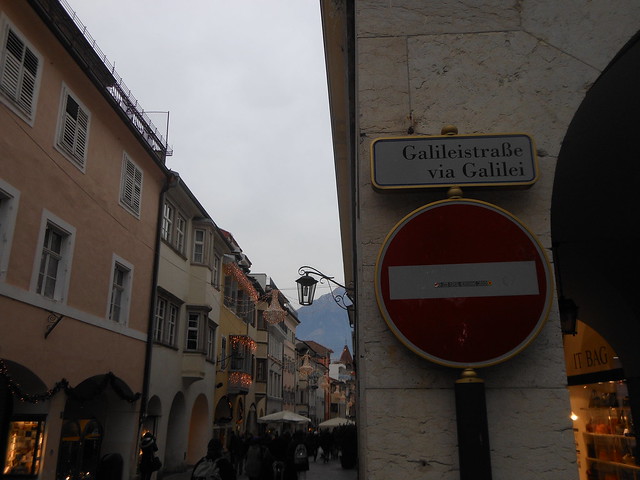 Galilei street both in German and Italian

Given its German side, during the festivities South Tyrol hosts several Christmas Markets in most of its towns; the so-called “original South-Tyroler Markets“, though, are five and take place in the following cities:

Bolzano is the capital of South Tyrol and it is most famous for its archaeological museum that conserves Oetzi the Iceman (or the Similaun Man), who is the Europe’s oldest natural human mummy (5.300 years old). Oetzi hit the headlines some years ago, when Brad Pitt tattooed its silhouette on his arm (why, lol). 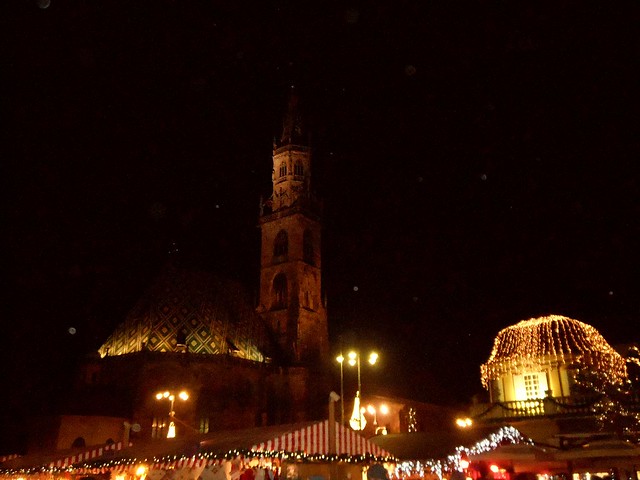 Bolzano’s Christmas Market is the largest of South Tyrol and, for a big part, it takes place in Waltherplatz, the main square of the city. 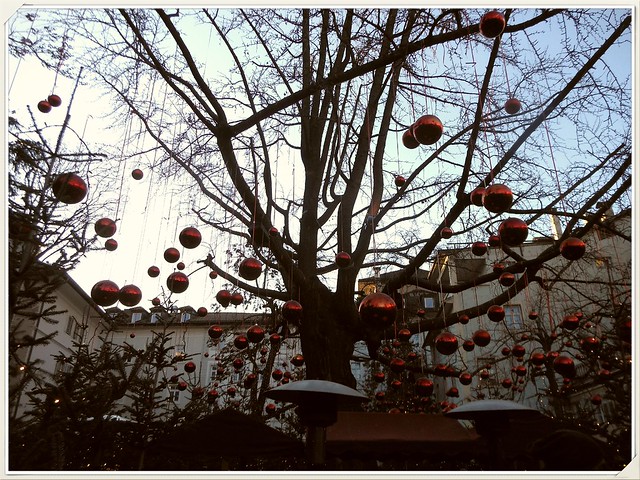 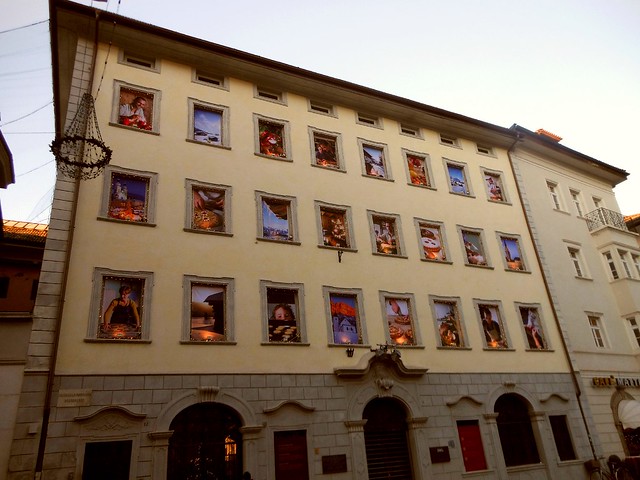 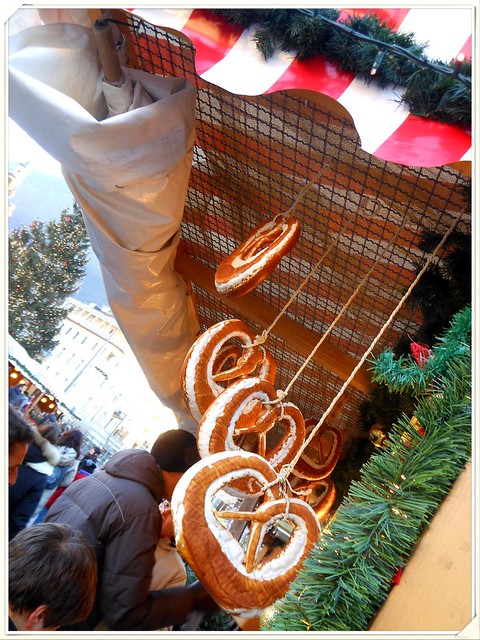 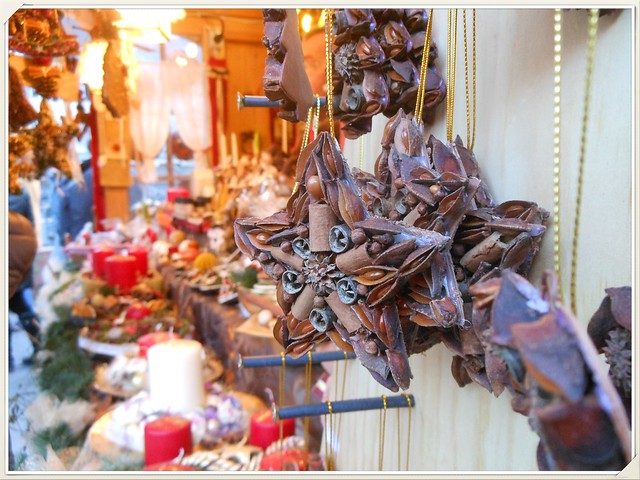 Merano was a spa-town well-known amongst the nobles and the royalty (Empress Sisi used to come here) and a popular place of residence for literary people or artists such as Franz Kafka and Ezra Pound. You can still breath the air of that past era when you walk in its streets and under its porticos, it’s just amazing. 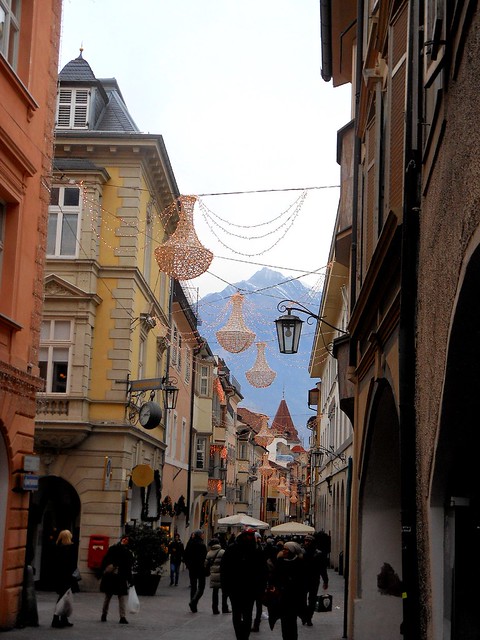 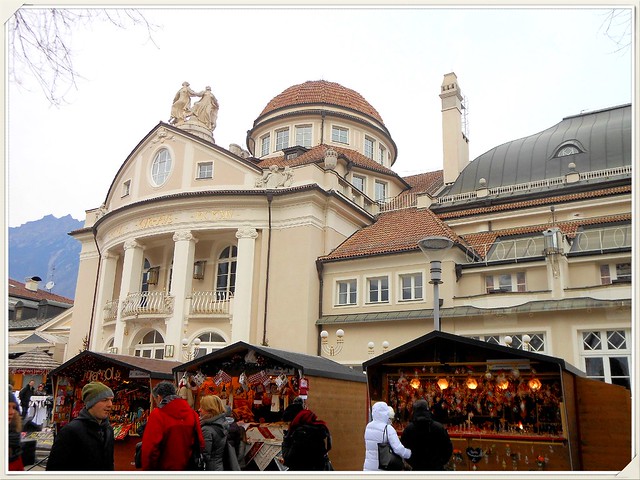 The Kurhaus in Merano 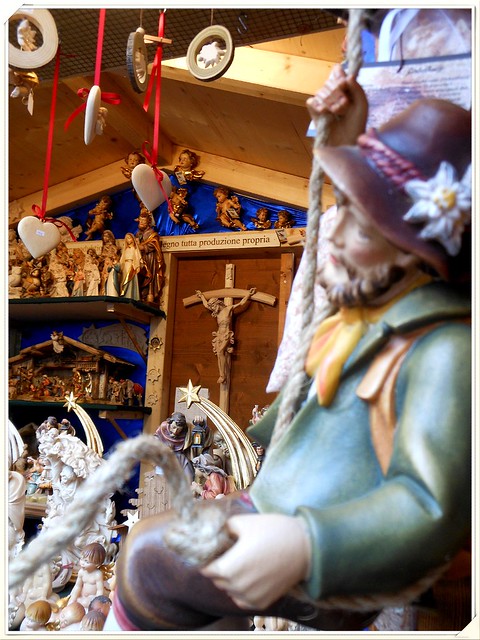 I love Bressanone and especially its amazing Baroque cathedral with its golden interiors. 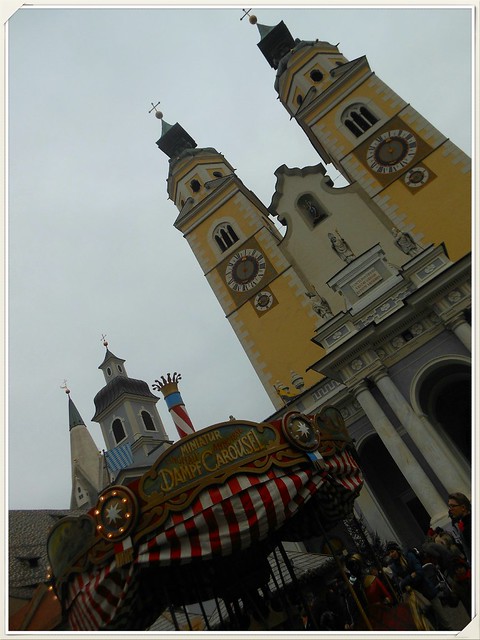 I’m also in love with this particular view: those colourful houses with that sort of crenellation are so peculiar. 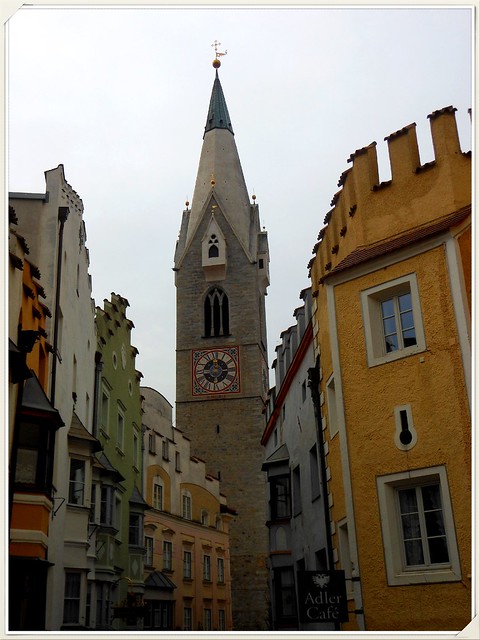 In the background you can also see the White Tower, formerly known as Black Tower (!), as its roof used to be painted in black.

The Christmas Market of Bressanone is said to be the most beautiful one and I personally agree. 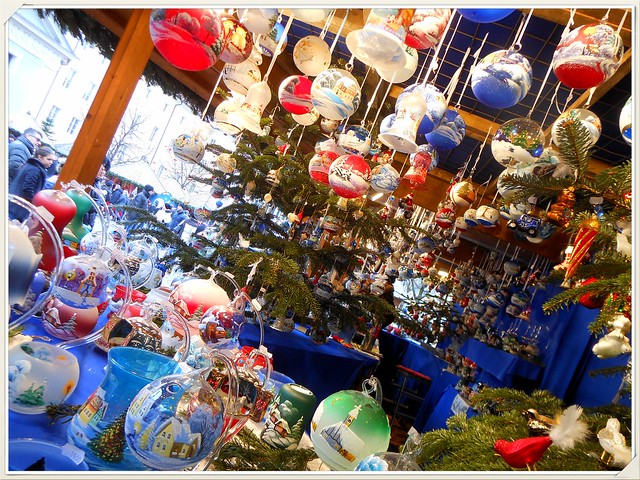 Houses in these city centres are so unique and this is also true in Brunico. 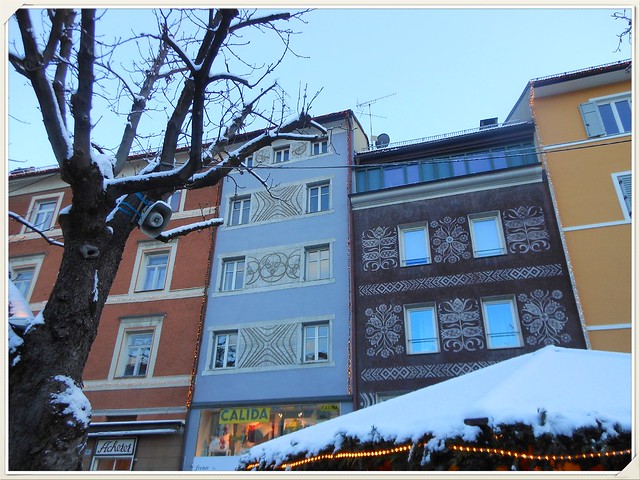 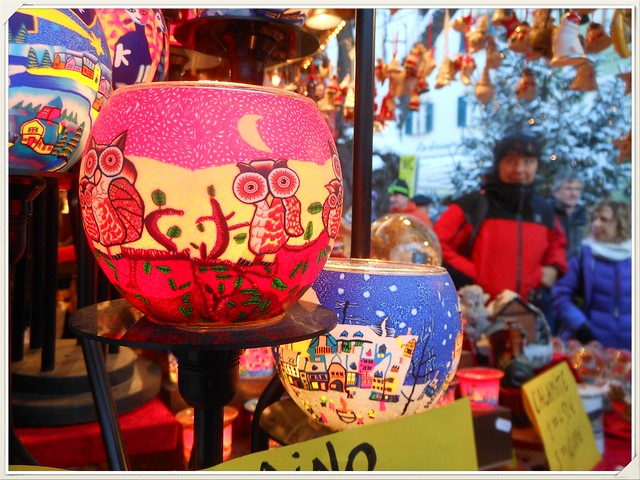 How is it possible not to love Vipiteno? Its historical centre looks like a town taken out of a fairy-tale book. 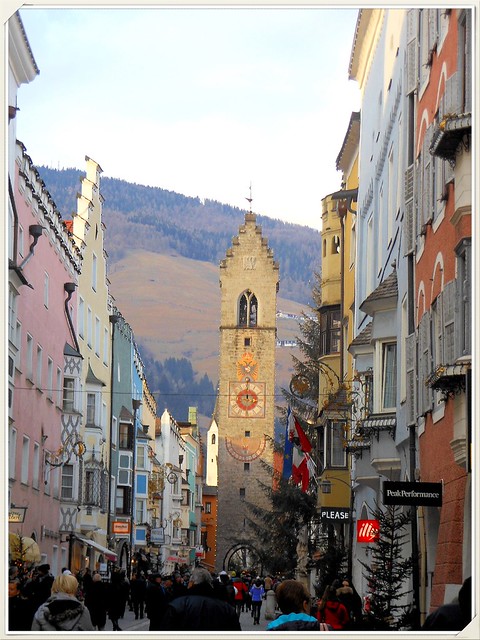 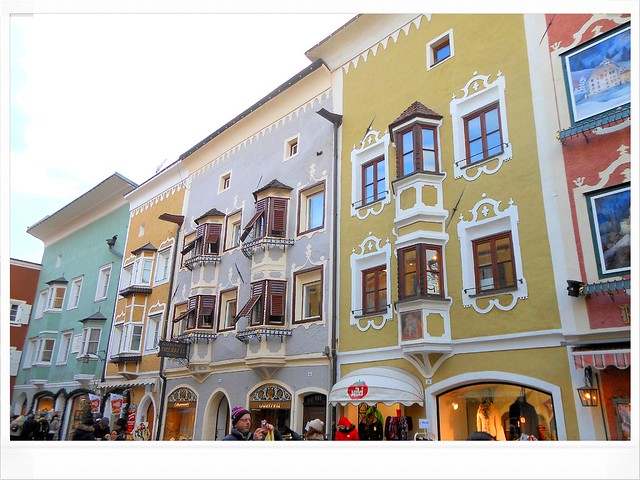 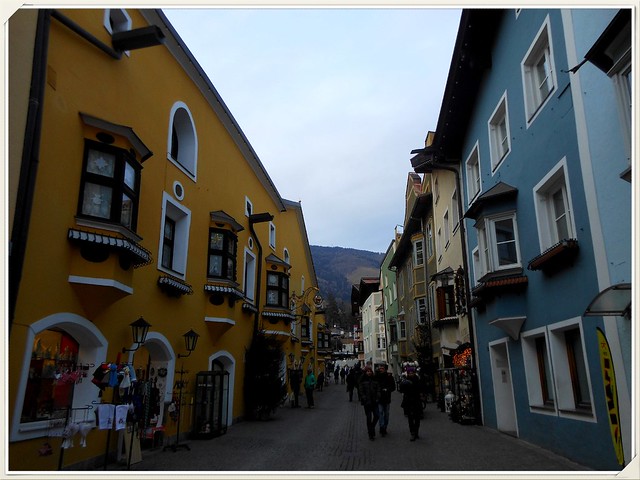 I love how it looks with the Christmas lights in the late afternoon, it’s just a magical part of the day. 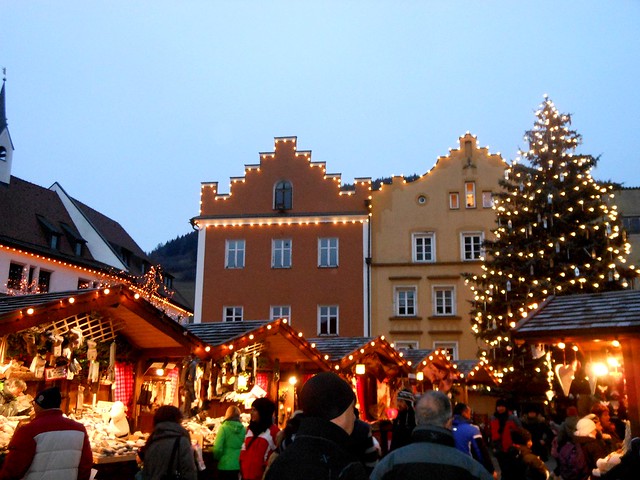 How to reach South Tyrol:

I hope you enjoy this entry, guys. What are you going to do this Christmas?

See you next time 😉

11 thoughts on “Christmas Markets in South Tyrol, the German-speaking corner of Italy”