Let’s discover the two Castles of Montecchio Maggiore that, according to the word-of-mouth, inspired the most famous love story of all the times.

I must confess, I’ve never been the romantic type, at least if you’re referring to that kind of sappy romanticism made of rainbow kisses and unicorn stickers.

Despite this fact, when I was told that the tale of Romeo and Juliet found its roots in my territory, I got very excited, mainly because I saw the opportunity to investigate – playing the detective is my real passion – and discover the places connected with it. So I started from those which were said to be the primary source of inspiration for the former author of this love story, the Castles of Montecchio Maggiore.

Da Porto or Shakespeare? Who was the real author of Romeo and Juliet?

It’s common knowledge that Romeo and Juliet’s tragedy was entirely the product of Shakespeare’s genius, however this is not the case. The bard had surely the merit of improving the plot thanks to his unique touch and remarkable wit, but the original storyline was written by a fellow citizen of mine, Sir Luigi da Porto.

Luigi da Porto was a soldier born in the 15th century who belonged to a noble and well-known family from Vicenza. He was severely wounded during a battle, so he retired in Villa da Porto in Montorso in search for solitude and rest. It was during this time in Montorso that he wrote. His main work was represented by a certain novel about the love story between a young fellow named Romeo and a lovely girl whose name was Juliet, and that was allegedly inspired by the sight of the two castles on the hills of Montecchio Maggiore.

In a time in which the concept of copyright didn’t exist, the tale went around Europe being repeatedly modified by new writers, until it reached the hands of William Shakespeare. The rest is history.

What about the Castles?

The Castles of Bellaguardia and della Villa, respectively of Juliet and Romeo, are situated on a hill with a strategic view upon the valley below. 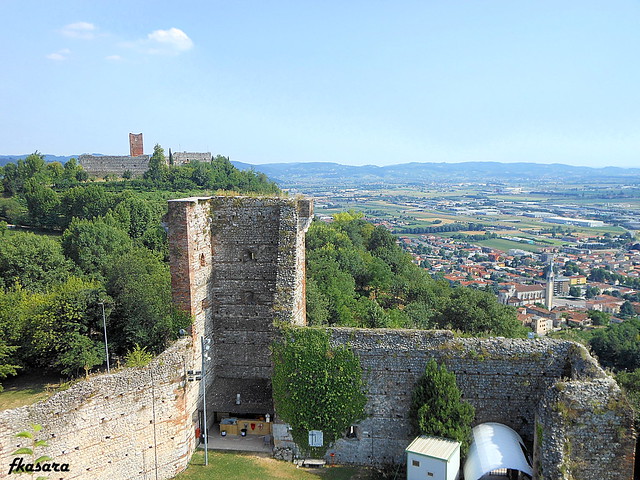 Don’t expect armours, coats of arm and other medieval stuff when visiting: the castles are basically ruins, so you won’t be able to see original memorabilia from that era. 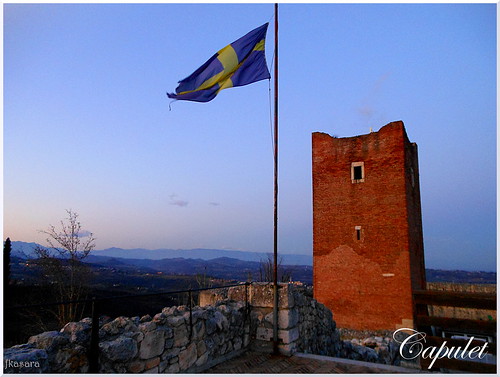 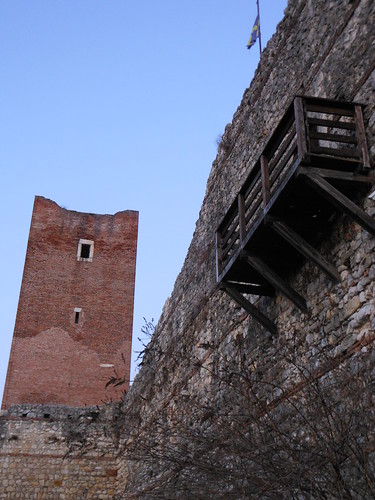 The Castle of Juliet, however, has been recently renovated and now it hosts a fine restaurant. The main hall is decorated with a cycle of frescoes by Pino Casarini, an artist from Verona, that represented the episodes of the tragic story of the young lovers. 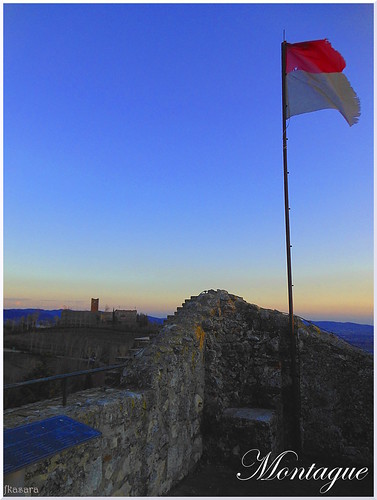 The Castle of Romeo is open to visit basically only on Sundays, when you can find the kind custodian who allows you to visit the keep and a small room in the basement that, at the time, served as a dungeon. The custodian wants you to live a unique experience and so he guides you down the stairs accompanied only by the trembling light of a consumed candle. 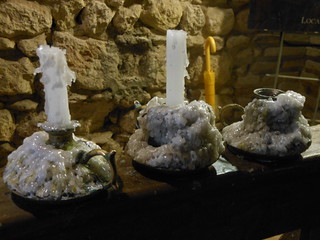 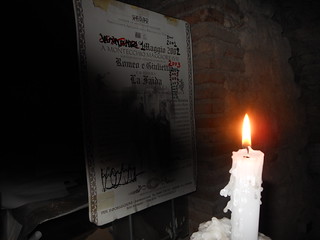 The best things to do, however, are enjoying a nice picnic (there’s plenty of room for camping just outside the castle’s walls) and admiring the outstanding panorama: sadly we seldom take the time to enjoy the amazing displays of beauty that Mother Nature gifts us with, but when you are up there, you just can’t help but being mesmerized by it all . 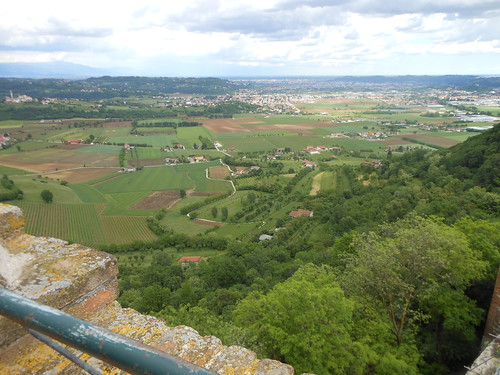 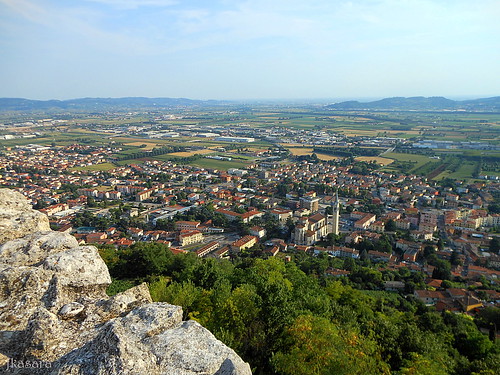 You may not see medieval stuff, but it’s perfectly understandable why this landscape could presumably be source of inspiration for such a romantic and tragic love story. The later part of the day, then, is an amazing atmosphere to savour, with golden light illuminating the walls… 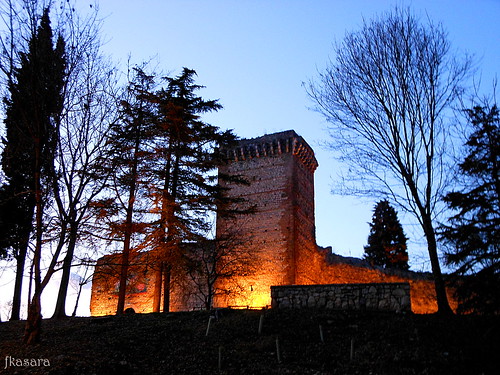 …and the dying sun kissing you goodbye. 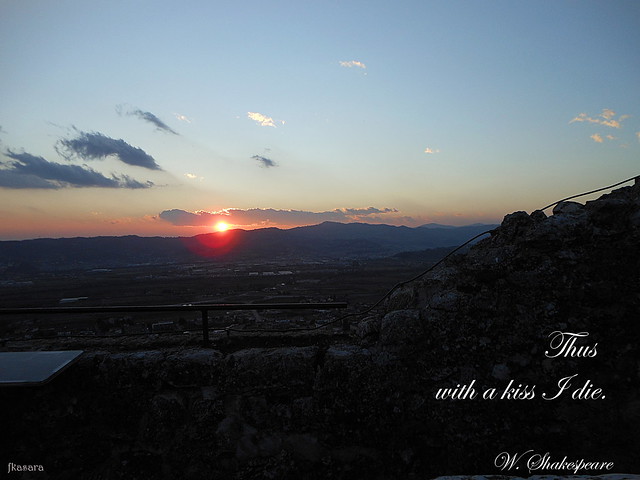 Other interesting things to visit in Montecchio Maggiore:

– Le Priare, caves just below the Castle of Juliet, from where the stones used for the construction of the Venetian Villas were extracted;

– The Museum G. Zannato, with a Department of Natural Science and a very interesting archaeological section;