Discover the little Atlantis of South Tyrol, Italy, where a lone bell tower still emerges from the dark waters of oblivion.

I’m highly impressionable: particular images, colors, sounds or music pieces have almost a transcendental effect on me and on my imagination. I remember with extreme precision the day in which my middle school music teacher introduced me to Debussy, the impressionist par excellence: she turned on her old stereo and the notes of La Cathédrale Engloutie ( The Submerged Cathedral ) softly spread through the classroom. Those were six minutes of pure evocation, of vibrations and dissonances imitating the tolls that seemed to be propagated underwater for real. I think that was the precise moment I started to cultivate an almost perverse fascination with myths connected with sunken cities, world and churches.

When I discovered that in South Tyrol something like that existed – a small town with a little sunken church – I was dazzled and I ardently wished to go visit it. Not long ago I’ve realized my dream.

HOW TO REACH LAKE RESCHEN WITH PUBLIC TRANSPORTATION 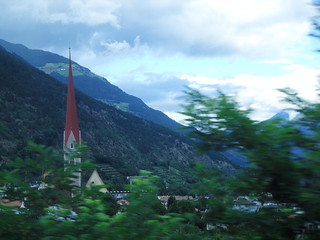 The modern residential area of Curon Venosta is basically the reconstruction of the old village submerged in the fifties in order to create the big artificial basin. The old houses lie at the bottom of the lake, but one thing still remains: the  famous bell tower that, proud like only a survivor can be, bravely emerges.

I must be honest: as it often happens when you visit a place which you have imagined for a long time, I was expecting different emotions. I was convinced the view of this bell tower would have stricken me with a sense of disquietude, of past history fighting the dark waters of oblivion in order not to be forgotten. In reality, despite the grey clouds in the background, I found a typical summer Italian panorama with vivacious colors, turquoise waters and happy tourists aboard their wind- and kite-surfs. 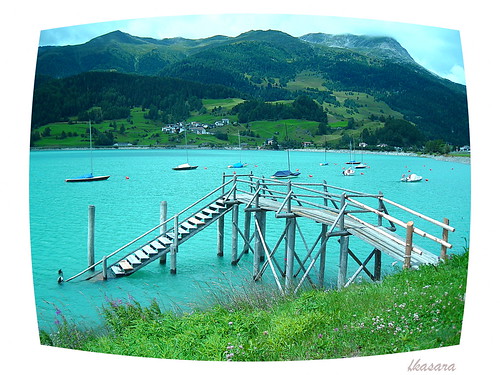 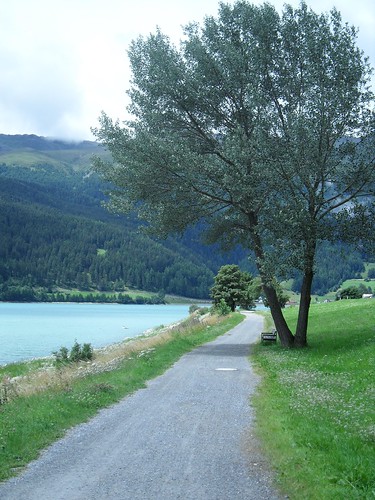 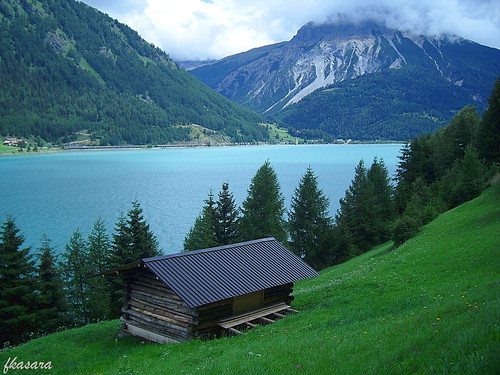 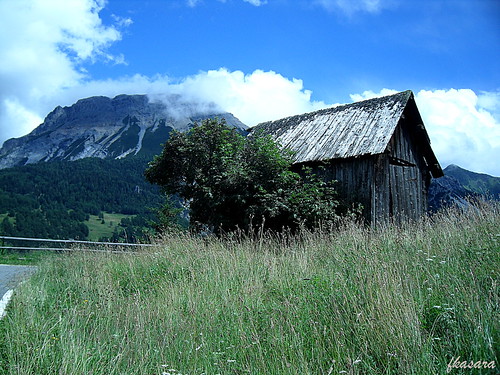 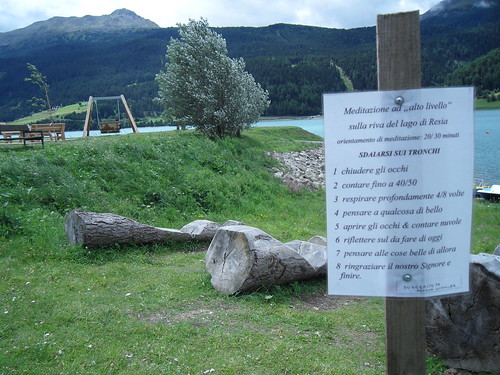 During the summer the breathtaking view of the wonderful Vinschgau and the cool breeze represent a solace from the heat of our cities. During the winter, it’s possible to enjoy great ski slopes and maybe reach the bell tower by foot, since the lake freezes! Don’t miss it!